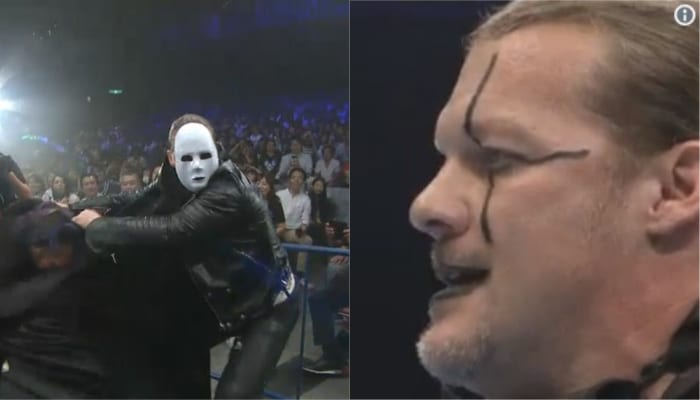 In this day and age of pro wrestling you really never know what to expect next. But one thing you can usually count on is that Chris Jericho is going to do whatever he wants. With his Rock n Wrestling Rager At Sea setting sail at the end of the month, he’s preparing to do battle on the open ocean. Therefore, he decided to stop by New Japan Pro-Wrestling once more.

Jericho is aiming his aggression at Evil at this point and he certainly showed it at the King Of Pro Wrestling event. Dressed as a druid, Jericho jumped Evil and did a beat down complete with a Codebreaker. Then he laid Evil out the IWGP Intercontinental Title.

EVIL was scheduled to take on Zack Sabre Jr. but that match did not take place and the referee called off the match due to the assault from Y2J.

It seems like Jericho is going to keep going strong in NJPW and you never know if he’ll also have his eyes set to debut for Impact Wrestling at Bound For Glory as well. But according to Barnburner’s No Holds Barred Podcast, that’s exactly where we might expect him next.

You can check out the tweets and video below to see what we’re talking about.