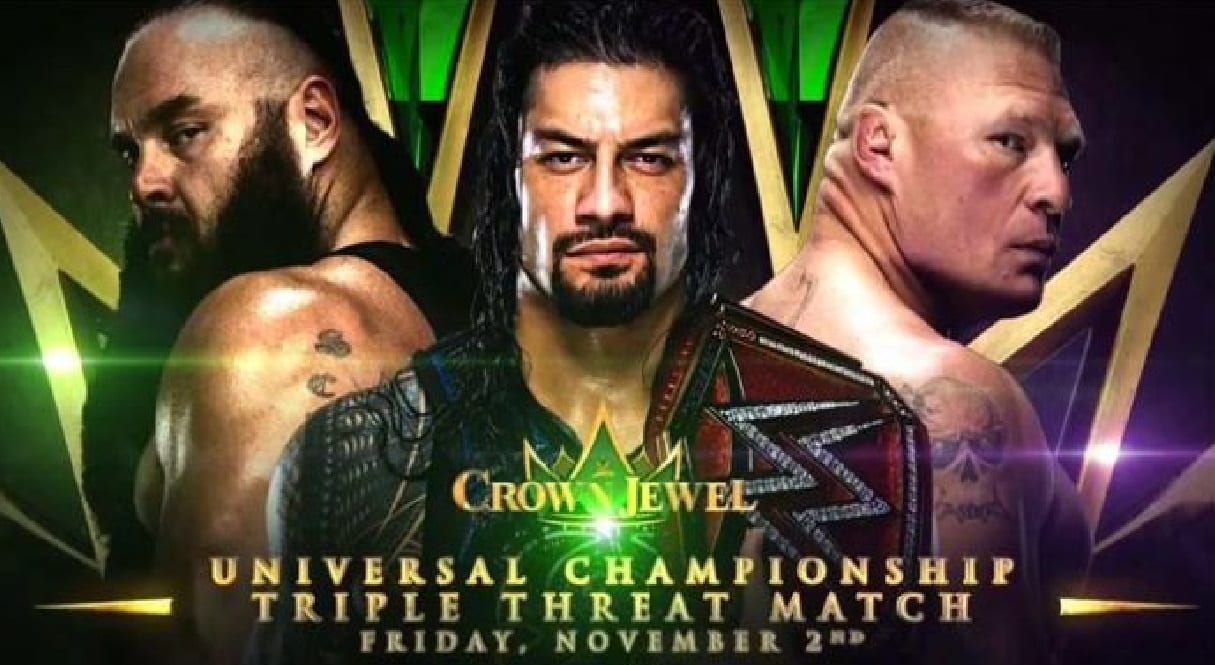 The Universal Title wasn’t defended at Super Show-Down and by Baron Corbin’s orders, Roman Reigns isn’t allowed to defend his title once again until Crown Jewel. Hell In A Cell ended with Brock Lesnar invading the match and causing the referee to wave off the match in a move that not only wasted Braun Strowman’s Money In The Bank contract, but it also set a new standard in ways a HIAC match could end.

But all three men are prepared to battle in Saudi Arabia for Crown Jewel on November 2nd. This match is put together and in this place for the purpose of fulfilling WWE’s deal with the Saudi Arabian government, but it isn’t expected to do a whole lot to change who holds the Universal Title.

Bryan Alvarez noted on Wrestling Observer Live that he is quite positive Roman Reigns will retain his Universal Championship at Crown Jewel. In a lot of ways, it is the move that makes the most sense. After all, Lesnar is headed back to UFC as he continues to train and get into shape for the Octagon and Braun Strowman will be left to continue chasing the title.

Only time will tell how WWE books things because they could always surprise us, but a Universal Title change doesn’t seem likely in Saudi Arabia as Roman Reigns continues his run as Universal Champion.