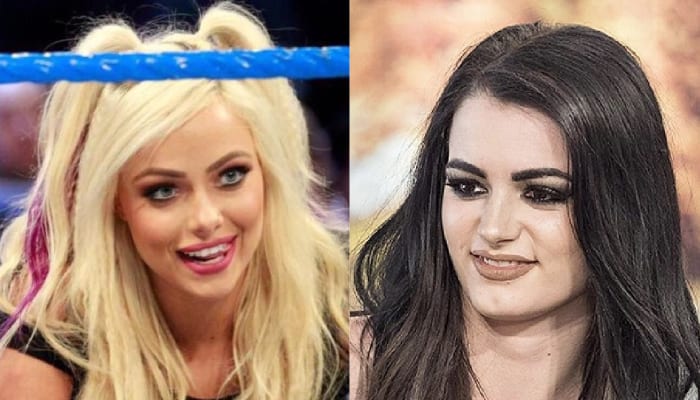 News travels pretty fast around the pro wrestling world and obviously, Paige’s interview with Chasing Glory has been listened to by a lot of people at this point. We previously reported how Paige expressed some displeasure at Ruby Riott, Sarah Logan, and the referee in the match for not stopping Liv Morgan from going back in to take part in a spot after her concussion on Raw a couple weeks ago, and apparently, Morgan heard what Paige had to say.

Although Morgan didn’t address is direct, she did tweet out a couple little messages which would lead us to believe she heard what Paige said.

In one tweet, Morgan simply sent out an emoji of a facepalm and in a second one, she got a little bit more specific. “I’m so happy I haven’t done a podcast,” she said. This could either mean she’s happy that she’s never had the chance to speak her mind like Paige did on Chasing Glory or it could mean that she just signed on to do a huge one and Morgan is glad she waited.

Only time will tell if she will address this situation even more, but you can click here to read what Paige said about Morgan’s Riott Squad sisters and let us know what you think.

I’m so happy I haven’t done a podcast.