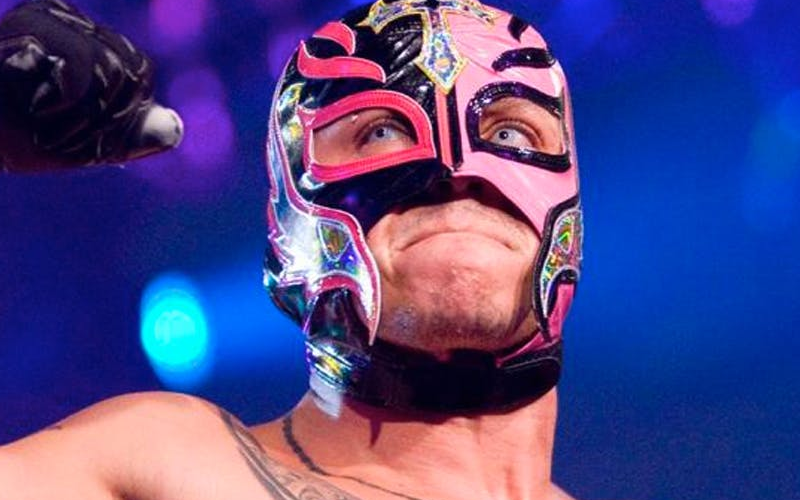 Rey Mysterio has been headed back to WWE for a while. They would have probably signed him to a new deal as soon as his appearance at the Royal Rumble blew up the internet, but he had other obligations.

But after appearing for New Japan and doing the All In event, Mysterio signed a new 2-year deal with WWE. He has the option to opt out of re-signing a new deal at the 18-month mark, but it looks like he’s going to start with WWE sooner than later.

It’s been speculated that Mysterio will return at SmackDown 1000, and WWE officially made the announcement via their social media today. Therefore, it looks like fans will have a huge reason to tune in if they want to see Mr. 6-1-9 once again in WWE.

Of course, as stated in the Wrestling Observer Newsletter it’s unsure which brand Mysterio will be a part of at this point. but at least we know when we should be expecting to see him come back, regardless of what he’s doing. But don’t forget that we exclusively reported that Mysterio was slated to face Shinsuke Nakamura in his first program back, of course things can always change but Mysterio’s return is certainly happening at this point and we know when.