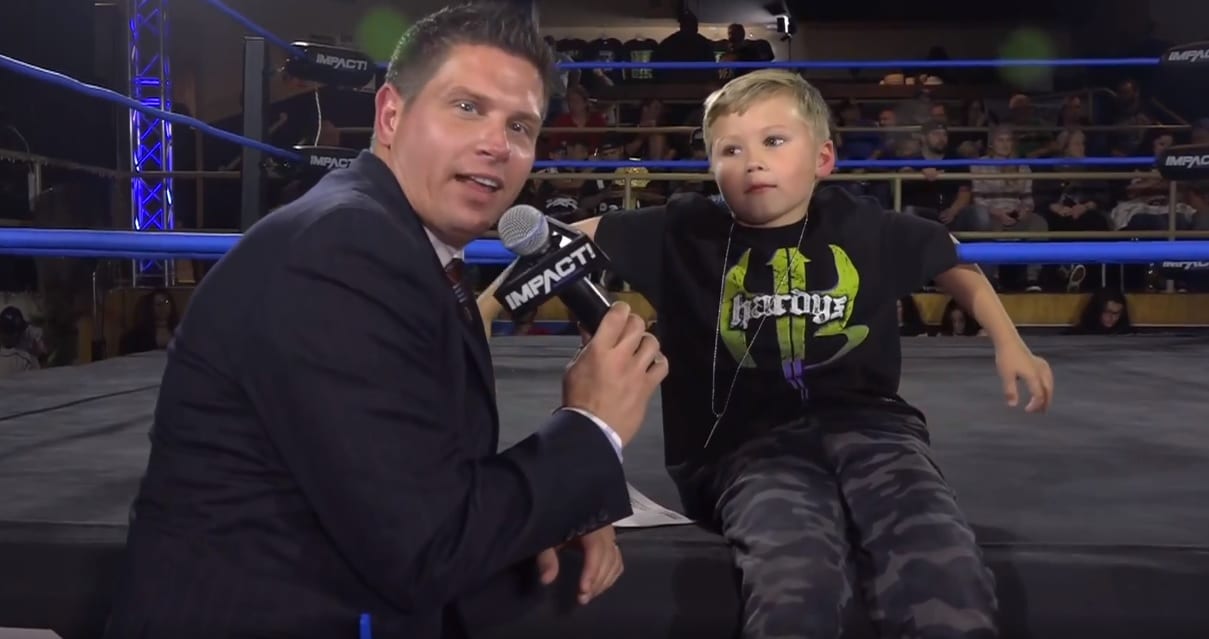 Mathews recently spoke to a young fan before an Impact Wrestling show and he had great intentions when asking the young fan about his favorite television show (besides Impact Wrestling) but he had no clue the young man would say “Raw and SmackDown.” Mathews did a great job acting like he had never heard of the WWE main roster shows that he himself had been a part of for years, but the next question he asked fell even harder.

Josh Mathews asked the young man who his favorite wrestler is which he should have gotten a clue by the kid’s shirt of choice which was a Hardy Boyz t-shirt. “Jeff Hardy from SmackDown Live,” the young fan replied. Mathews tried to get the kid to say his favorite was Johnny Impact, but the young loyal WWE fan wasn’t biting.

Needless to say, this interview did not turn out the way Mathews expected it would even though he tried his hardest to keep it Impact Wrestling-centered. Thanks to El_Zombie on Reddit for pointing this one out.

You can check out the clip here and see what we’re talking about.