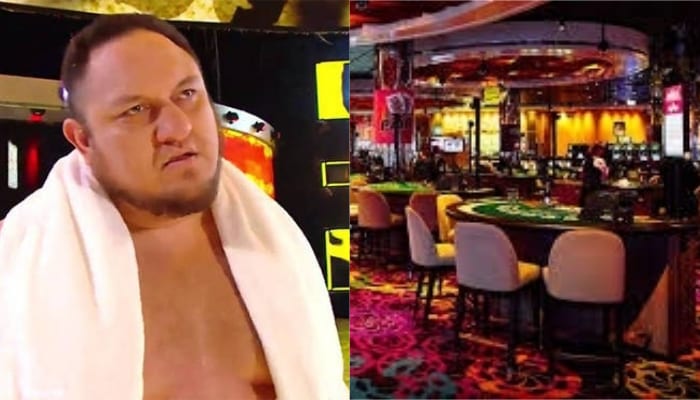 You never know what you’ll see when WWE rolls into town or who might be traveling around together. One fan said he saw Braun Strowman, Elias, Roman Reigns, and Samoa Joe at Crown Casino in Melbourne Australia and apparently, things turned out very well for his group of friends and he says he has Samoa Joe to thank for it.

Reddit user DTWard18 posted the following account of an interaction he had with WWE Superstars that helped land him and his friends some serious winnings after Samoa Joe wished them luck:

“Saw Samoa Joe, Roman, Elias, and Braun at the Crown Casino just now. Joe gave me a fist bump and said, ‘good luck in there’ (referencing the casino) and my mates and I collectively won $1,100. God bless that beautiful man.”

Not only is it cool that Joe would take the time to wish this fan good luck, but the fact that Braun, Elias, Roman, and Joe are traveling around Melbourne together is also pretty cool to know.