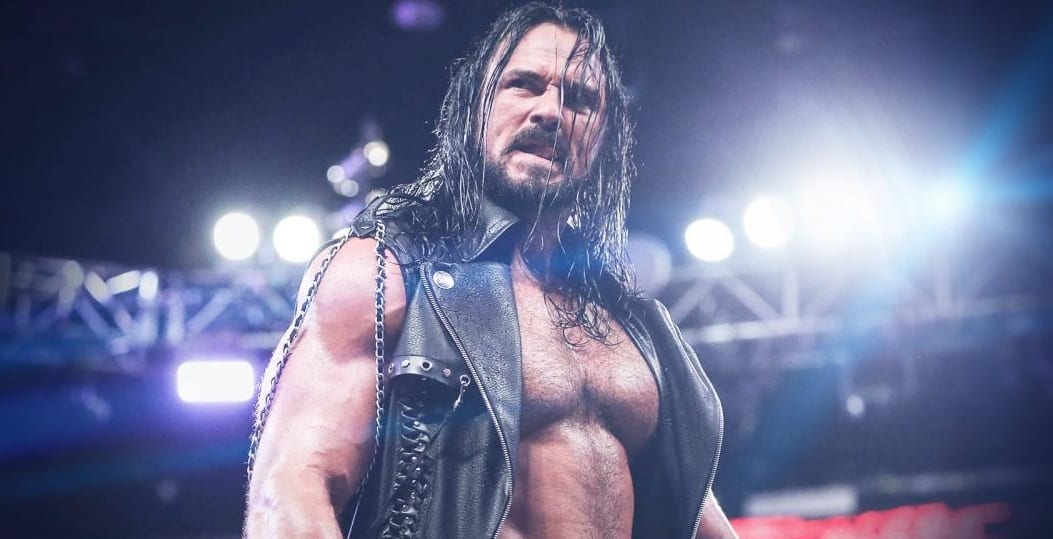 You never know what can happen when you step in the ring because inspiration can be around any corner. After all, a pro wrestling match has a fair amount of playing in the moment. Therefore, if something happens and it totally works, you just need to go with it.

On a recent episode of Table For 3, The 3 Man Band had a meal and discussed where they’d been and got a chance to catch up a little bit, after all, Heath Slater was the only one of the 3 who didn’t get released in the meantime since the group’s disbandment.

Drew McIntyre told a pretty interesting story during this little experience where he revealed the genesis of his finisher, the Claymore Kick. As it turns out he has his ridiculous leather pants to thank for it. After all, the members of 3MB were made to wear the same kind of skin-tight slacks.

McIntyre remembers going for a big boot during a match and the force of his leg going up matched with the fact that his leather pants had no given to them, caused his other leg to simply fly up in the air as well. It was a pretty great spot and he ended up keeping it in his arsenal for obvious reasons, but it all happened as a total accident.