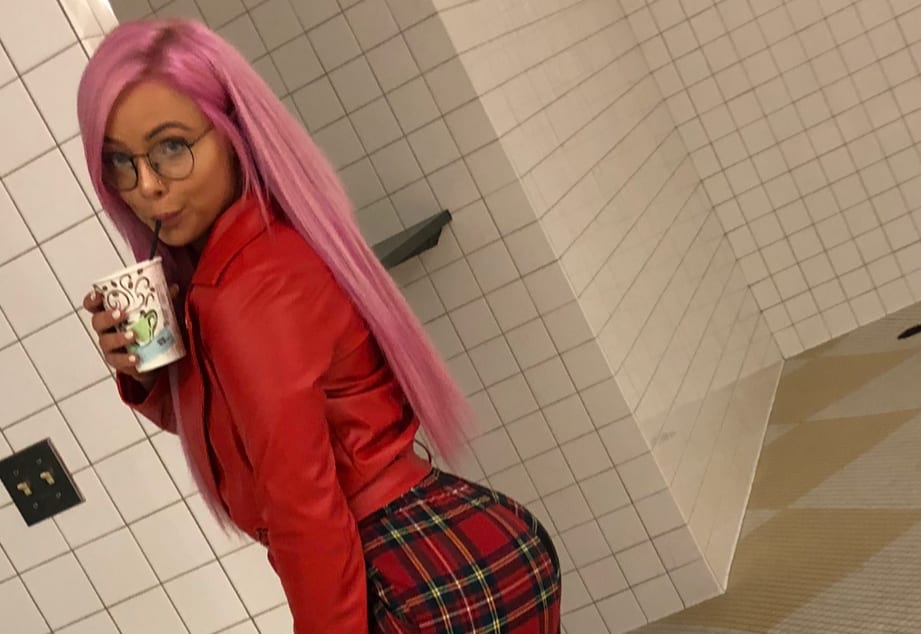 Liv Morgan is a pretty tough girl. After all, she would need to be in order to run with the Riott Squad because Ruby Riott and Sarah Logan are plenty serious about pro wrestling. Liv Morgan is very serious as well and it even resulted in her getting a concussion last week thanks to a kick from Brie Bella.

But it looks like Morgan might have been cleared already as she posed her first response to her concussion when she said: “Y’all didn’t think a little kick to the face would keep me down did you?”

To make matters even more interesting, she is sporting pink hair in this picture as well. But she certainly looks coy in this picture. Therefore, only time will tell if she’s ready to get back to action.

Hopefully, for Brie Bella’s sake as well Morgan is fine. After all, Brie’s husband Daniel Bryan had to go on full damage control today in order to try and stop some of the cyberbullying coming his wife’s way.

This is good news though for Liv Morgan fans. The jury is still out on whether or not the pink hair is going to stick around though, but it wouldn’t be the first blonde WWE has lost recently because Carmella separated herself from her blonde hair not too long ago too.

Y’all didn’t think a little kick to the face would keep me down did you ? 😉 pic.twitter.com/r26ihGyHss