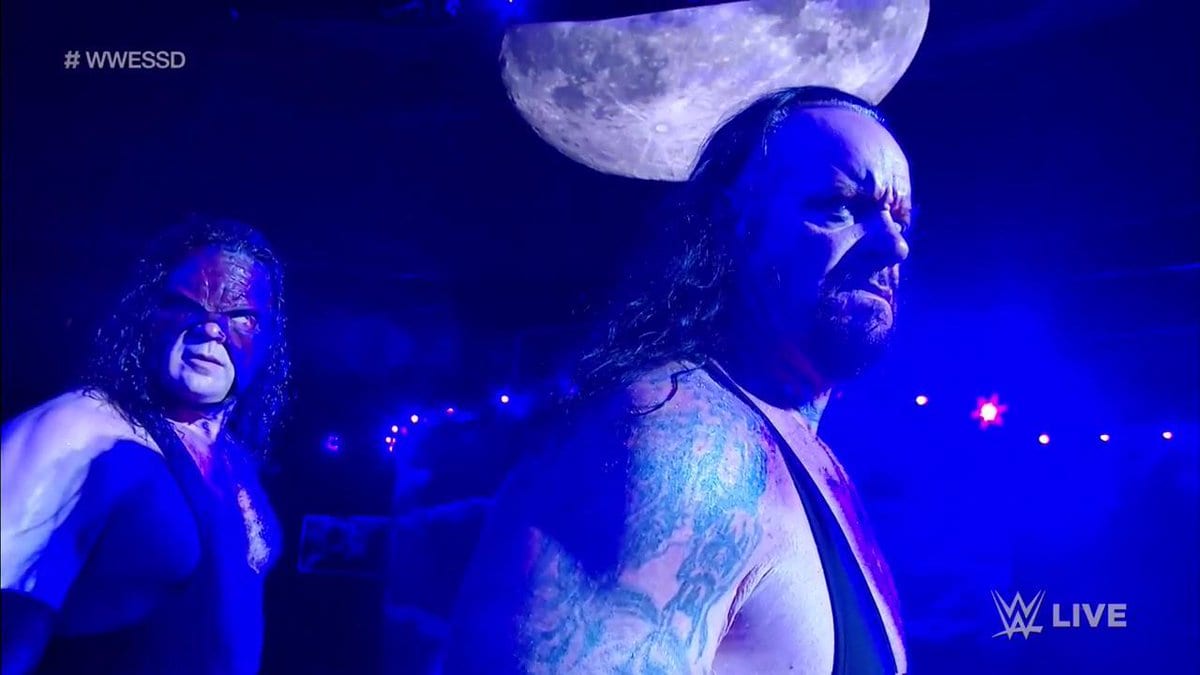 Shawn Michaels closed out Raw this week and he cut a promo about the events leading up to the big Australian Super Show-Down show in Melbourne Australia. He will be in Triple H’s corner for the big match against The Undertaker where The Game will take on The Dead Man for the final time in a one-on-one match.

Then out of nowhere, after Michaels threatened a Superkick, the lights went out and Kane’s fire blazed from the stage. But The Big Red Monster wasn’t on the ramp. Instead, Kane showed up behind Michaels.

Soon The Undertaker appeared as well and they ganged up on HBK. Triple H came down to rescue HBK, but the Brothers Of Destruction hit both Triple H and Shawn Michaels with dual chokeslams followed by a Tombstone piledriver on Triple H from The Undertaker.

As the crowd chanted “one more time,” Taker and Kane walked off after making their points. This was a pretty big segment because HBK took a chokeslam which isn’t something he would have been game for unless he was ready for it.