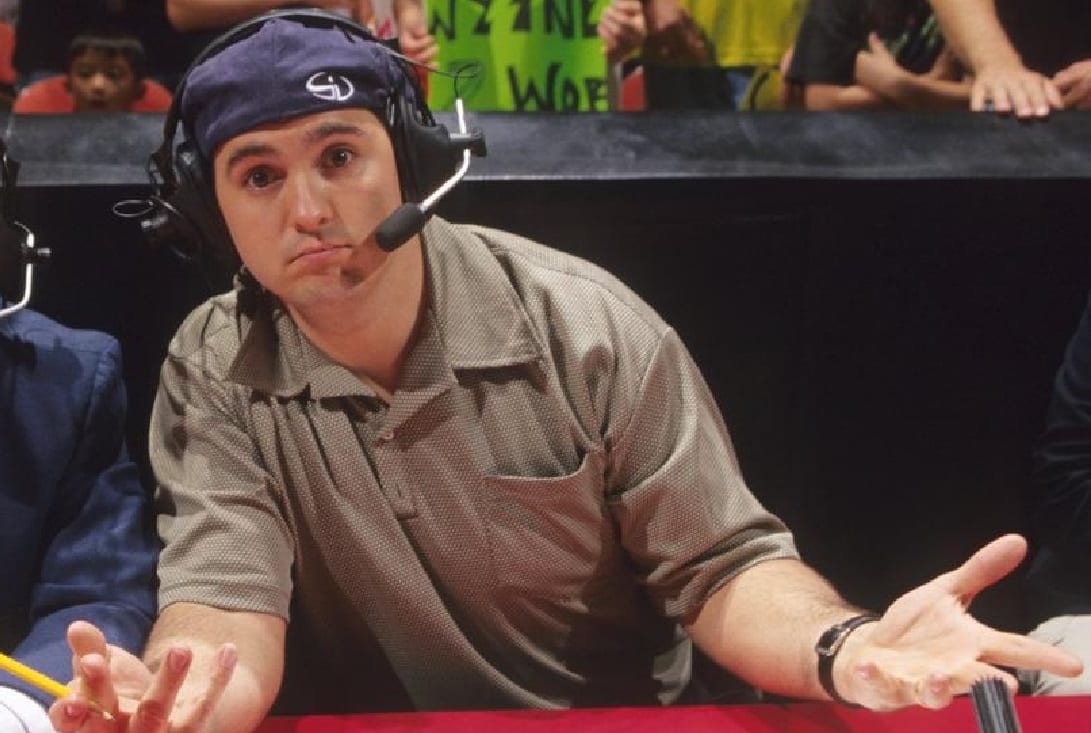 Shane McMahon was a member of the commentary team on Sunday Night Heat alongside Jim Cornette and later Kevin Kelly. The gig even saw him get a spot in the WWF Attitude video game with Jerry Lawler. But even though he was charismatic in his own right, it turns out that WWE simply wanted to freshen up the commentary table and give a new outlook.

Bruce Prichard recently spoke about his reasoning on Something To Wrestle With where he explained why WWE decision makers went with Shane to follow in his father’s footsteps on commentary.

“Vince McMahon and Kevin Dunn were behind that because they wanted a young and different look, Shane McMahon was coming into the business. Shane was young and had the look that they were looking for. Young, good-looking guy who grew up in the business; third generation, so why not? Give him a shot man.”

“It was in his genes and in his DNA, so it was time to teach Shane McMahon that aspect of the business. Shane was doing play by play, he did color and analysis. There was a lot of training that he did for this, but it was a new experiment to get Shane McMahon out there for the audience.”

It turns out that even though the name of the show was Sunday Night Heat, the reason Shane McMahon was placed on commentary had nothing to do with backstage heat at all. In fact, it was a strategic decision. After all, he also came from the right family to pull it off. How do you think Shane did on commentary?