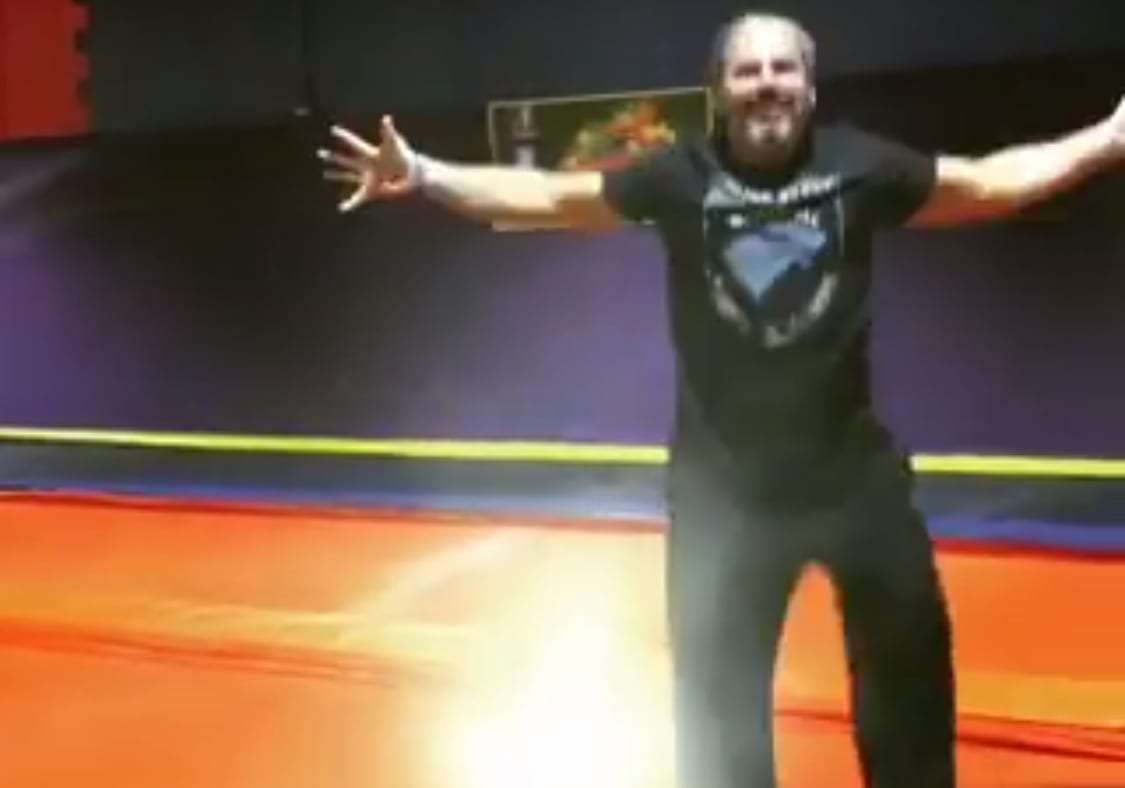 Even though Matt Hardy might have retired from what we can tell, he’s still got plenty of spring to his step. After all, it’s hard to keep someone with that much energy down for long.

He is currently working on something pretty cool and Woken at his compound for the WWE Network and it’s likely to be wonderful, but in the meantime, it looks like he had to blow off some steam.

It’s a good thing for Hardy that he had some trampolines around so he could exert some of that energy. As you can see from the video below, he hasn’t lost much when it comes to his balance and ability to land a jump, but all of those hard bumps on a WWE canvas probably didn’t help things.

Hopefully, Hardy will be able to come back but even if he doesn’t it’s still great to see him having a great time.