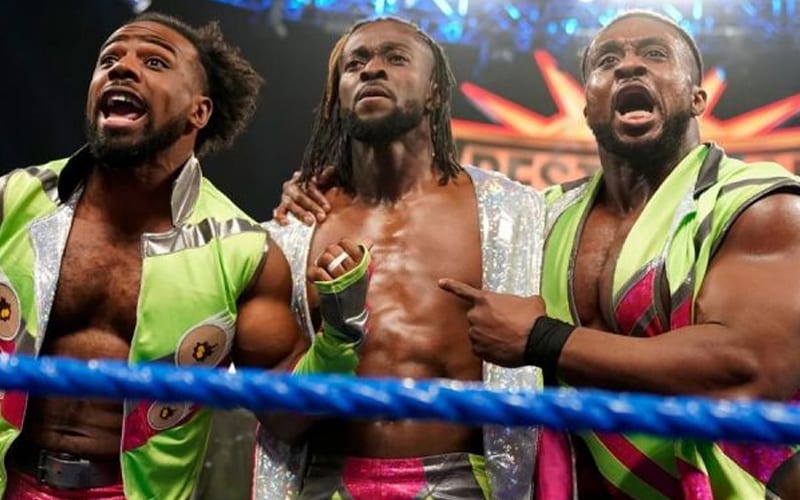 The New Day has been a trio since their incarnation and they have become successful as a unit. But there is always the chance that WWE would want to eventually freshen up the group if they don’t decide to break them up first.
It was discussed during PW Insider Elite audio update that NXT’s Street Profits both have that special something needed to break out on the main roster. But if they were to be implemented as members of the New Day it could result in an even better position for them.

“If at some point on SmackDown if The New Day become stale, if you put Dawkins or Ford in there as something to add a little pep to that group.”

It was also noted that it had nothing to do with race, but purely with the kind of charisma, both Street Profits bring to the table. Only time will tell what WWE does with Montez Ford and Angelo Dawkins in the meantime though because they could still have a lot to accomplish first in NXT.
If you use our quotes credit Ringside News