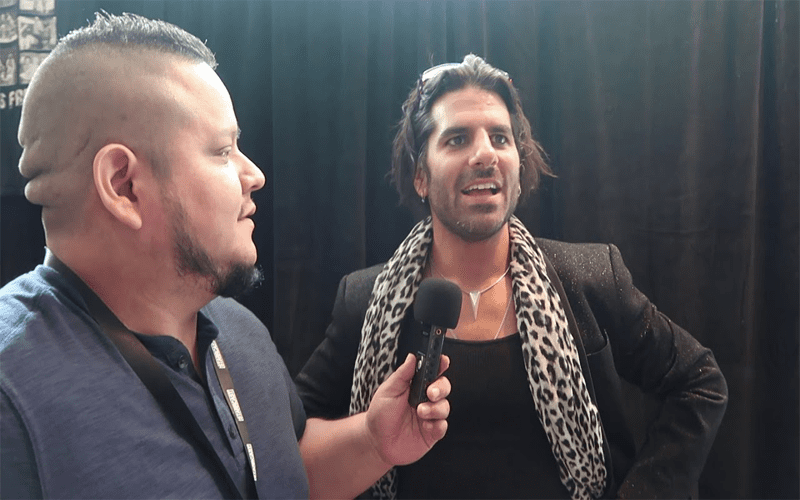 Jimmy Jacobs worked with WWE’s creative team for years. The wrestler spent his time working on several pivotal storylines that were often well received by the WWE Universe. One such storyline he is credited for is the Chris Jericho character over the past few years. In fact, it was reportedly Jacobs’ idea to create ‘The List.’

Jacobs was ultimately fired from his job with WWE after The Bullet Club attempted to invade RAW. Jacobs, who was friends with the various members of the famous independent faction took a photo with the group. This angered WWE management, as the Bullet Club had been a nuisance to them for some time.

Jacobs was interviewed by the High Spot Podcast where he explained how being fired by WWE was a blessing in disguise:

“When I got fired from WWE I had no idea what was going to be out there, you know? What was waiting for me in the independent wrestling world- and I came out and I’m like ‘wow man!’ It’s awesome, and there are so many places that are drawing so well. There are so many incredible talents. All In exemplifies it. Three independent wrestlers- Cody Rhodes and The Young Bucks, who said ‘f— it, we’re going all in!’ They rented out an arena and in thirty minutes they sold ten thousand tickets. That’s amazing, that’s amazing! It is the largest independent show of all time.”

After he left WWE, he was quickly hired by Impact Wrestling to work creative for them and has been doing some tremendous things for the product over there. In addition, Jacobs is back to wrestling again, with one notable match in particular set to take place between himself and up-and-comer Darby Allin.

Were you aware of how huge Jacobs’ presence was in WWE? Do you think this is the truth or an exaggeration by ‘The Zombie Princess?’ Leave your thoughts, opinions, and reactions in the comments below.