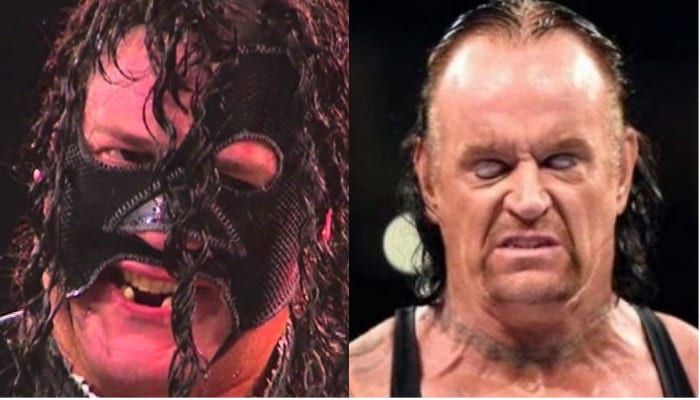 There are a ton of dream matches that fans have often remarked about that they would like to say. Abyss is a big name in Impact Wrestling and although he never made it to WWE, he still got to lock up with plenty of WWE legends during their time in TNA.

But one man that Abyss never got a chance to face is The Undertaker. As Abyss spoke on a recent media call, he remarked about his disappointment on never getting a chance to face The Dead Man.

“No, I’m not going to say I wish it would have happened. If it would have happened, obviously it would have been a career highlight, no doubt,” said Abyss. “But it wasn’t in the cards. I chose to stay with TNA and I’ve said it before and will say it again. TNA was and is my home. Impact is my home. This company has done great things for me, personally and professionally, over the last 16 years. This company gave me a home. This company took a chance on me when I was a relative nobody. They gave me an opportunity to build my name. They gave me the platform to show the wrestling world and the fans what I can do.”

“This coming April I’ll be in this business for half of my life and the majority of my adult life has been with TNA and Impact. There’s nothing I’m more proud of. Sure, there’s other opportunities but they just weren’t for me. This is home. I was part of the ground floor of this place. I was one of the original members of this place. I was one of the guys who laid the initial foundation of this company and that’s always been more important to me than anything else.”

Abyss is about to be inducted into the Impact Wrestling Hall Of Fame. He never made it to WWE and he has addressed this issue and why he decided never to leave in the past. But if he would have, then WWE might have booked him in an obvious feud with The Monster vs The Dead Man.