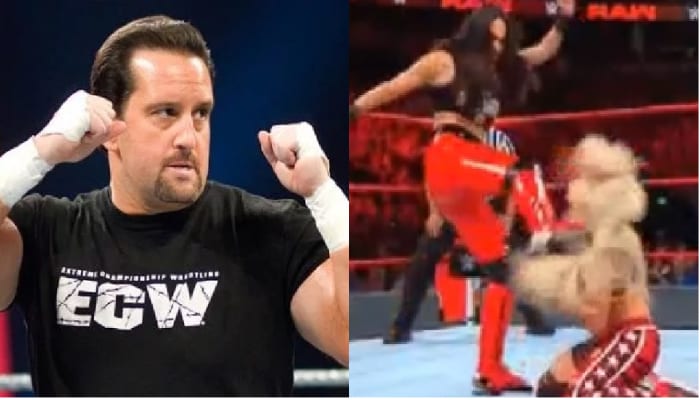 Pro wrestling isn’t ballet as they always say and apparently the dance didn’t work out too smoothly for Liv Morgan this week. Brie Bella kicked her in the head twice and caused the Riott Squad member to crumble to the floor. At this time she hasn’t been diagnosed, or at least we haven’t heard anything yet but it’s never good when something this scary happens.

Tommy Dreamer knows a thing or two about the dangers that can happen in the pro wrestling ring. After all, he was a veteran of ECW. He recently opened up about this subject on Busted Open Radio where he gave a very understanding answer to everyone’s criticism of Bella.

“For anyone who said its a ‘botched spot’ or that Brie was at fault, they at 100% incorrect. No one ever goe sin there with the intent to injure their opponent. It was nobody’s fault, it was a mistimed thing.”

Only time will tell if Liv Morgan will be able to snap back to being ring-ready enough time for Evolution, but our fingers are crossed for her. It’s never a good thing when something like this happens and hopefully, it will become an even rarer of a happening from this point on.