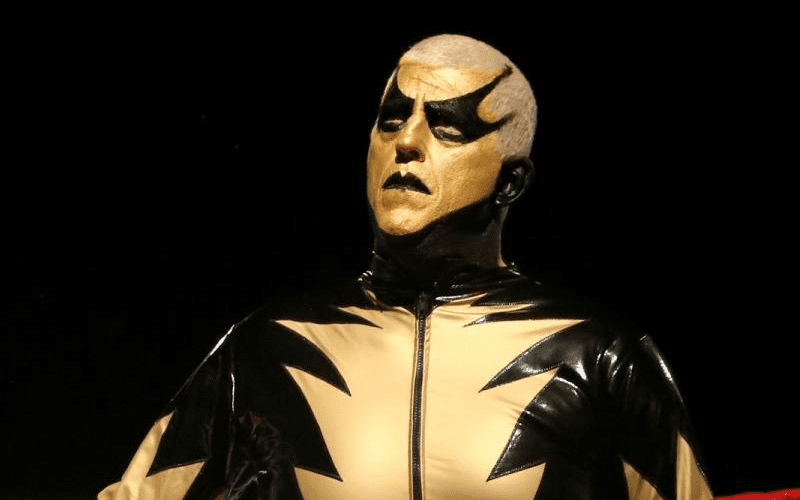 Not many wrestlers can say they have had a career spanning 30 years, but RAW Superstar Goldust can. Throughout his storied career, the Rhodes family icon has won countless Championships and been a focal point of wrestling programming longer than many fans have been alive.

As such, it appears Goldust is beginning to wind down. During a recent podcast with the Sports Guys Talking Wrestling, Goldust revealed that his career is slowly coming to a close, as he himself is about to turn fifty-years-old.

“I’ve wrestled just about everybody there is to wrestle, done just about every character reincarnation that I can come up with. What’s next? I’m at the end of my career here and about to be 50 in April. What else is there to do? I don’t know.

“My body’s getting older, they’re getting younger and faster. It takes a toll on an old man’s body like myself or [Kane] or Mark Henry or ‘Taker. You gotta do it a little bit less. You can’t go balls to the wall like we used to.”

Mentioning the recent surgery he had on both his knees, Goldust explained that his body doesn’t recover in the way it used to, which makes it harder to keep up with the younger talent, who are becoming better at storytelling every day.

“I can still hang for a little bit with these kids. But I’ve gotta give them credit as they’re going out there for 30 minutes hard and fast and they can still tell stories. That’s big for me, it’s telling stories for people.

“Tell a story. You don’t have to do a thousand things in two minutes when you can do one just as good and still tell that story with your face, or how you land, or your reaction. That’s a lost art. Storytelling is a big part of our industry and if given time you can do it properly. If you’re Roman Reigns, if you’re Braun Strowman, you’re getting a weekly deal to tell that story and then it starts to work and you start feeling it.”

Goldust has yet to provide fans with a specific time for his retirement, though we anticipate based on this interview it won’t be far away.

What are your favorite moments from Goldust’s career? Do you believe he will retire this year? Let us know your thoughts, opinions, and reactions in those comments below.

With H/T to Wrestling Inc. for the transcription.