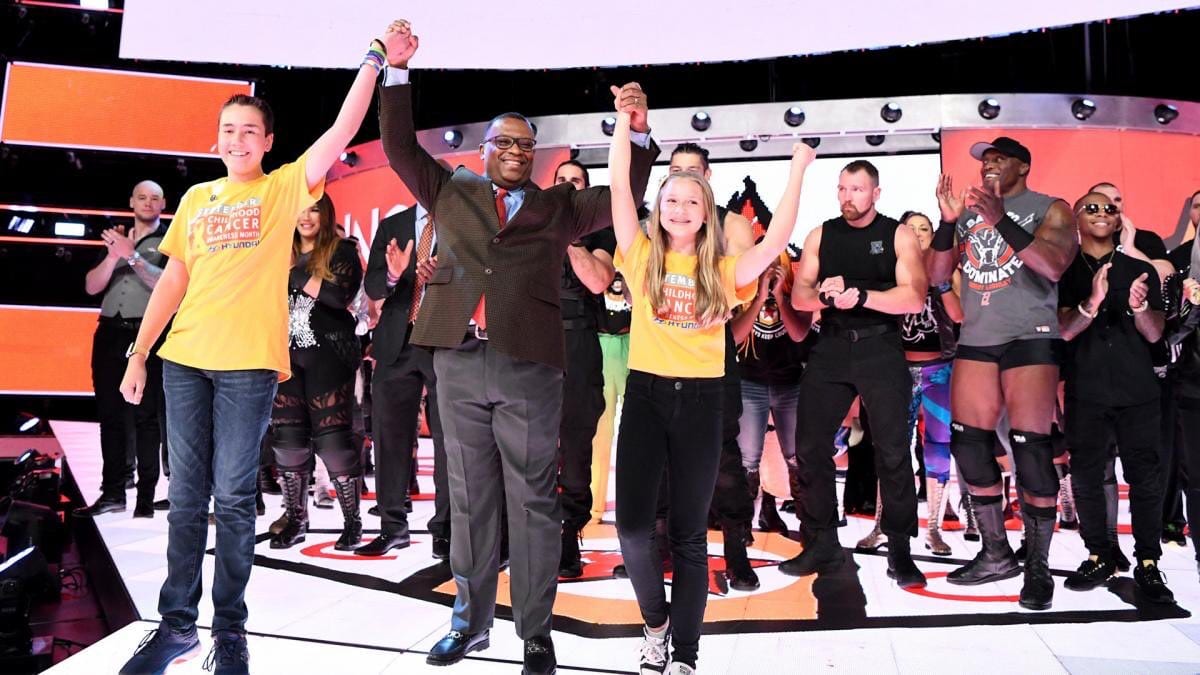 Plenty of things happened on Monday Night Raw this week including a long segment featuring WWE’s Connor’s Cure charity. It was a pretty cool thing to do, and the Denver crowd chanted “you deserve it” at some brave children who had been through a lot, but WWE’s intentions might have been more complex than what it appeared on the surface after all, timing is everything.

Dave Meltzer addressed WWE’s charity work on Wrestling Observer Radio and told a story about how Vince McMahon told him in a pinch while WWE was dealing with a company-threatening steroid trial that they are going head-first into charity work.

“I remember and this would be in 1991 when WWE was getting hammered over steroids. I was on the phone with Vince McMahon and he just goes: ‘We’re gonna do so much charity work! You just watch!’ Like this… and it was just like, I know that you can always tell with timing and things like that when this kind of stuff is done and what it’s done for.”

“It’s like I know the motive, it is what it is. I don’t cry on these things because I know what it is. You know, it’s advertising designed as charity work. I mean.”

“To anybody who dealt with a lot of these charities, it’s a weird, really weird subject. It’s a good thing they’re doing, it is. The motives aren’t exactly always pure. They rarely are when they’re big businesses. It is what it is.”

It was noted that although it’s good WWE is doing this, there is an underlying reason to doing anything like this. After all, they spent a good chunk of time on Raw when they could have been building to any 1 of the 3 big events they have coming up on Connor’s Cure and Triple H didn’t mention The Undertaker once during his segment.

But they stopped doing the “scripted material” and weren’t playing characters as they totally dropped kayfabe and WWE Superstars lined the stage as the crowd applauded for WWE’s efforts against cancer. It was a great thing to do, but why did WWE actually do it?