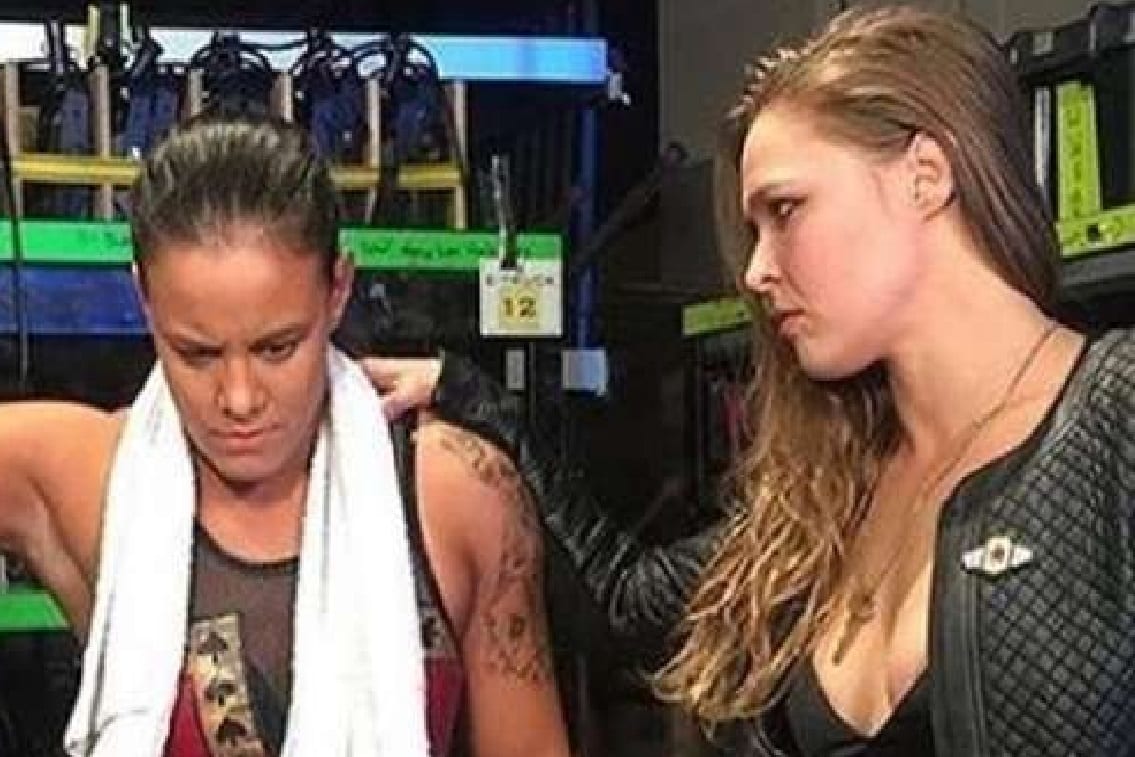 Ronda Rousey’s WWE career is just getting started and she’s already the Raw Women’s Champion. At this point, everything is going pretty much as good as it can for the former UFC Bantamweight Champion. Her former roommate Shayna Baszler is obviously happy for her, and it turns out we might have Baszler to thank for Rousey’s WWE career.

Shayna Baszler recently spoke to Not Sam Wrestling about her influence on Ronda Rousey and how it was thanks to her that Rousey got turned on to pro wrestling and considered it as a career choice which has obviously worked out very well so far.

“I think that actually, truthfully the fact that I was so happy and doing so much fun doing what I was doing [in NXT] it turned Ronda onto pro wrestling more than fans and things like that.”

“She was in a spot where she was a little bit jaded in MMA and I had that too but she was on a much bigger scale obviously than me. So I think her seeing we had similar paths and seeing — it’s kind of nerdy — but seeing my ‘final form’ actually happen.”

Only time will tell how long it will be until Shayna Baszler joins Ronda Rousey on the main roster and what might take place after that. But we all have Baszler’s love of pro wrestling to thank for a lot of the future of the WWE Women’s Division in a lot of ways.