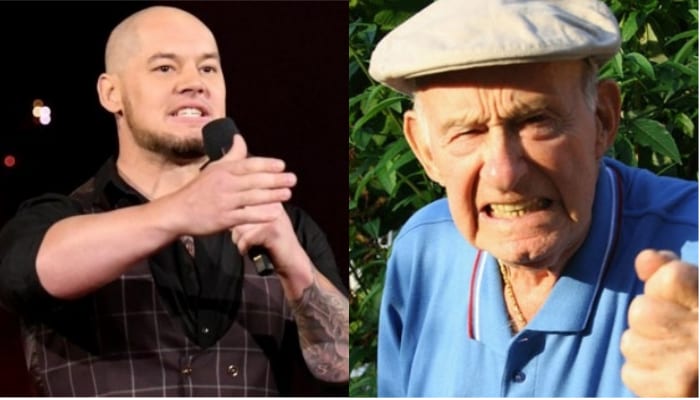 Baron Corbin loves to get heat and that’s his job. He is a heel General Manager and booking himself in matches other Superstars dream about. He is also incredibly good at his job because if you hate him then he’s doing just want he’s employed to do.

Corbin recently opened up to Cultaholic a little bit and spoke about his love of being a hated heel. He said he loves to fuel the fires and make them as bad as possible when it comes to stirring up the WWE Universe. It also doesn’t matter how old a fan might be because anyone is fair game for Baron Corbin.

“You know what? I haven’t figured it out so sometimes I just go, ‘man is it me? Am I really just not that likable?” But the cool thing is when you go out there and you see a lady get mad or a guy gets mad and they hate you because you didn’t come up from the indies or whatever, what I like to do is pour kerosene on that fire.”

“There was an old man the other night in Alabama — I’m sorry Mississippi — and he was giving me the finger and yelling at me. He was probably 85 and I’m not kidding about bring 85. So of course, what do I have to do? I have to agitate him more. It got to the point that his wife had to hold him by his overalls because he was trying to come after me. So I like to pour kerosene on fires.”

It’s great that the old man who hated Baron Corbin had a wife with the sense to hold him back, but we can’t think of a better headline than “85-Year-Old Man Attacks Baron Corbin During Live Event” so maybe next time that fan will leave his wife at home.