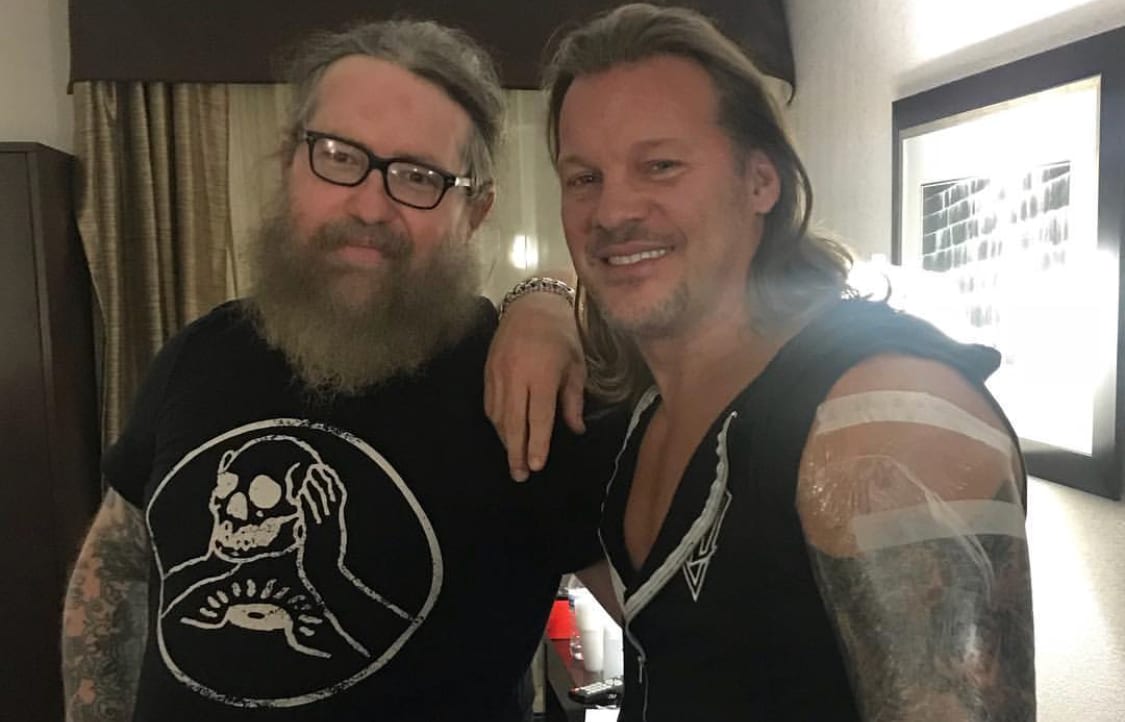 Chris Jericho has a lot of tattoos at this point and can be seen rocking his ink as he jams with Fozzy on their current tour to packed festivals and concerts. His music career has taken on a new life of its own at this point but he’s always been the Ayatollah Of Rock N Rolla.

Jericho recently took some time to add to his impressive collection of tattoos as he reconnected with Flaco Martinez at Studio Evolve in Virginia Beach for his newest ink. He posted a picture of everything when it was all said and done for this setting and his new piece is an outstanding tribute to the rock band Queen.

When it comes to rock royalty, with a name like Queen, they are up on the list and their library of songs helped as well. Y2J is obviously inspired by Freddy Mercury’s theatrics and stage presence so this new tattoo was right on the money.

Chris said there are still around 90 minutes left of work to be done until it’s finally completed, but this is an excellent start for sure.

you can check out some pictures of Chris Jericho and Martinez below with his arm all wrapped up after the process was completed. But the picture of the actual tattoo is pretty impressive as well which you can also see below. 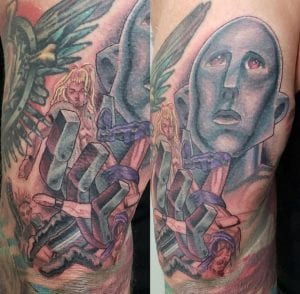