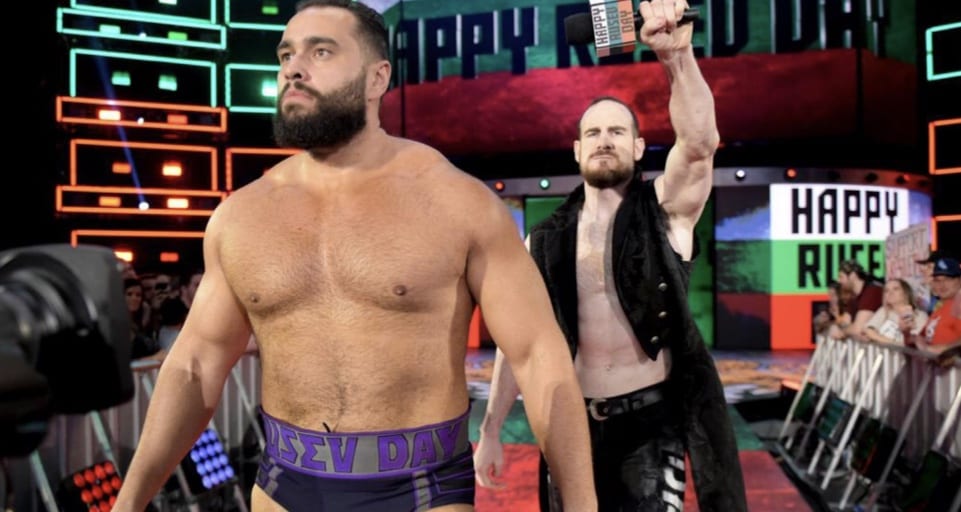 The trio known as Rusev Day is no more after Aiden English jumped Rusev on SmackDown Live. Aiden cost his former partner the US Championship when he distracted him allowing Shinsuke Nakamura to roll up the Bulgarian Brute for the pinfall. But after the match, English jumped Rusev and beat him down with the same Rusev Day microphone that helped re-spark his career.

Lana had caught Aiden trash talking her backstage and she was going to tell Rusev about it anyway but didn’t have a chance to tell him before his match. So English was probably just getting to Rusev before he could get to him. But either way, it didn’t please Rusev at all.

Now the team of Rusev and Lana are all that’s left as Aiden English is now celebrating “Aiden Day” instead, but Rusev sent out a very serious warning to his former friend when he said: “You make the bed you lay in it!” Apparently, Rusev is prepared to put Aiden English to sleep.

Only time will tell where each Superstar goes from here, but their angle was certainly the most interesting thing that happened on SmackDown Live this week which ended yet another incredibly popular tag team before they could capture gold together.

You make your bed you lay in it ! #RusevDay