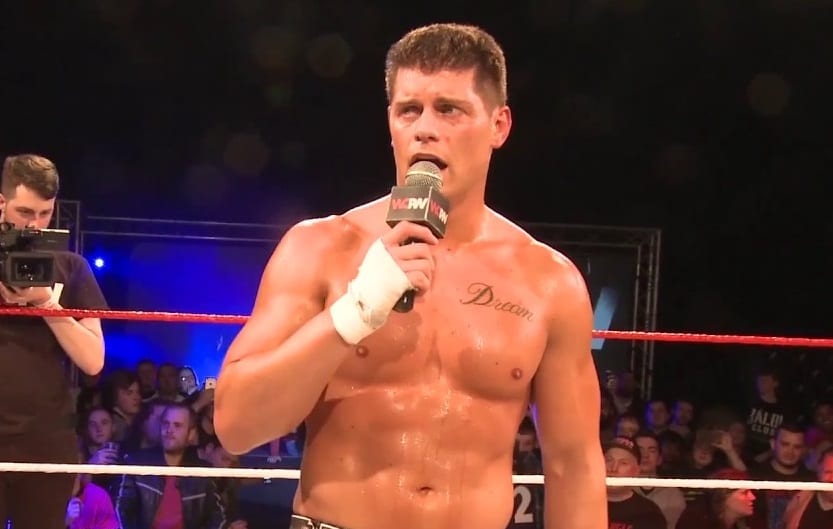 Cody Rhodes has been around the business enough to know what a good crowd needs and how it isn’t always their fault. His character is unique in the way that you can’t put him in any one category. He recently replied to one fan asking about which persuasion he fell into and explained that he is neither a good guy or a bad guy because according to The American Nightmare, he’s just a wrestler.

One fan quipped back at Rhodes and threw some shade at pro wrestling fans in the process. This fan said: “the crowds think they’re awesome, but really they are the problem.”

It seems that this kind of thinking is going to continue to get Cody popular cheers even if he’s not supposed to be getting that kind of reaction. But however people want to react to Rhodes, the important part to him is that they’re having fun in the process.

The crowds are never the problem. Ever. They could have 1,000 beach balls or not boo the individual they’re “supposed” to.

The only thing they’re supposed to do, is have a good time…and it’s our job to find out how to engage them and keep engaging them. https://t.co/ILCUwTnTYT