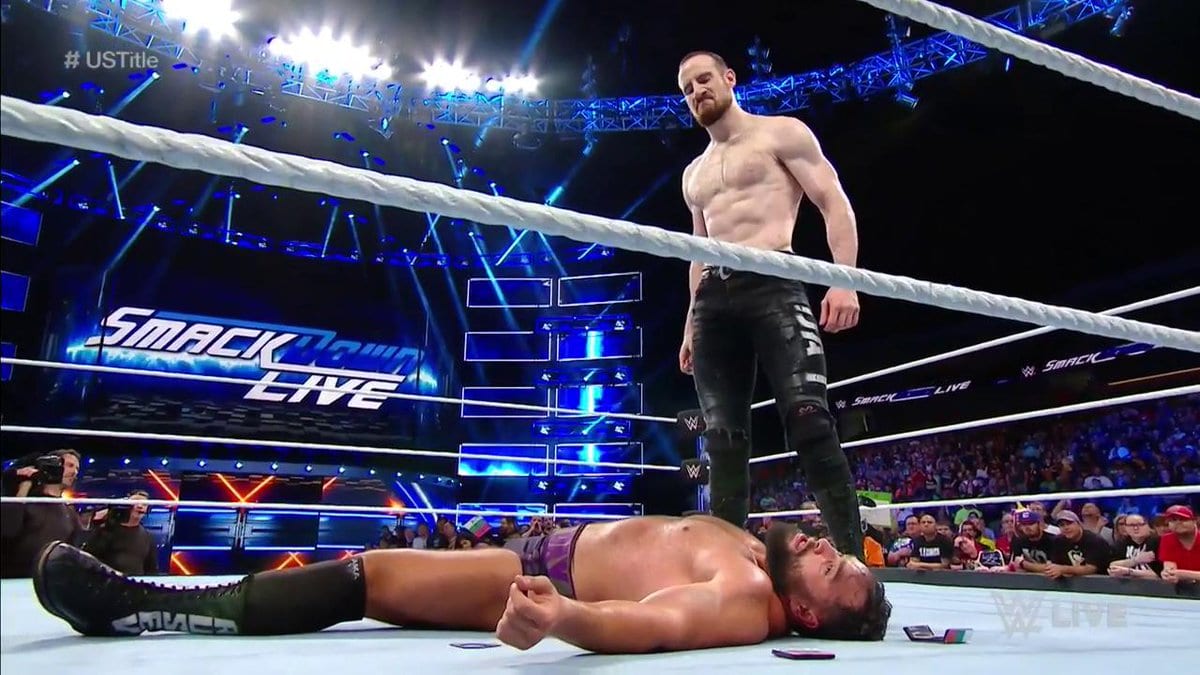 Rusev had a great chance on SmackDown Live this week to become WWE United States Champion. He gave Aiden English a talking to beforehand saying he dropped the ball at Hell In A Cell in their kickoff show defeat.

Then English started talking smack about Lana to a crew member and she heard him and promised to tell Rusev.

Lana didn’t get a chance to tell Rusev what English said before his match, but Aiden still came out and gave his typical singing introduction. As Rusev wrestled Shinsuke Nakamura, English pleaded with Lana to not tell Rusev what he said. He even grabbed his microphone and got a “Rusev Day” chant going.

Nakamura was the obvious heel because he used a thumb to the eyes to gain an advantage, but Rusev landed a Machka Kick but couldn’t secure the pin. English got on the apron and yelled: “Rusev Crush!” This threw Rusev off and Nakamura rolled him up for a pinfall to retain his title.

Suddenly, English beat Rusev down with his microphone and continued to pummel him while Lana looked at his seething in anger. “Happy Rusev Day” English sang before slamming the microphone down and walking off.

Lana screamed for him to leave as English walked up the ramp soaking in a massive amount of heat as the Rusev Day faction is now a duo.