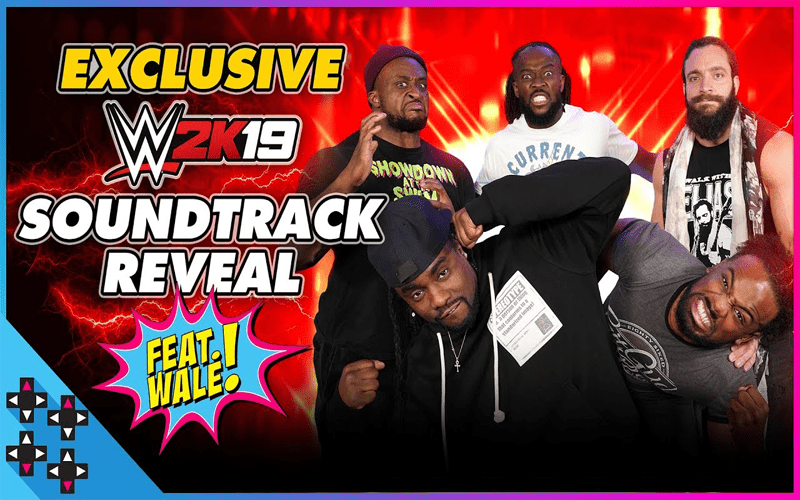 In a video released by UpUpDownDown, The New Day, Elias and artist Wale have now confirmed the official soundtrack for the upcoming WWE 2K19 video game- which was hand picked by WWE Superstars themselves.

Here is the soundtrack, including who picked each song:

This is the most diverse soundtrack a WWE game has had in years. Some of these artists reportedly are strict with licensing their songs for video games, and with notable names such as Wale, Eminem, Fall Out Boy and Post Malone on the album, you can be assured there was a lot of attention paid this year.

If you wish to see the reveal video itself, you can watch it below:

WWE 2K19 is scheduled for release on October 9, 2018. You can play the game four days early if you purchase either the Deluxe or Collector’s Editions of the game. The game will be available on Windows PC, PlayStation 4 and Xbox One. There will be no Nintendo Switch version.

What are your thoughts on the soundtrack? Are you looking forward to the game? Let us know in the comments down below.