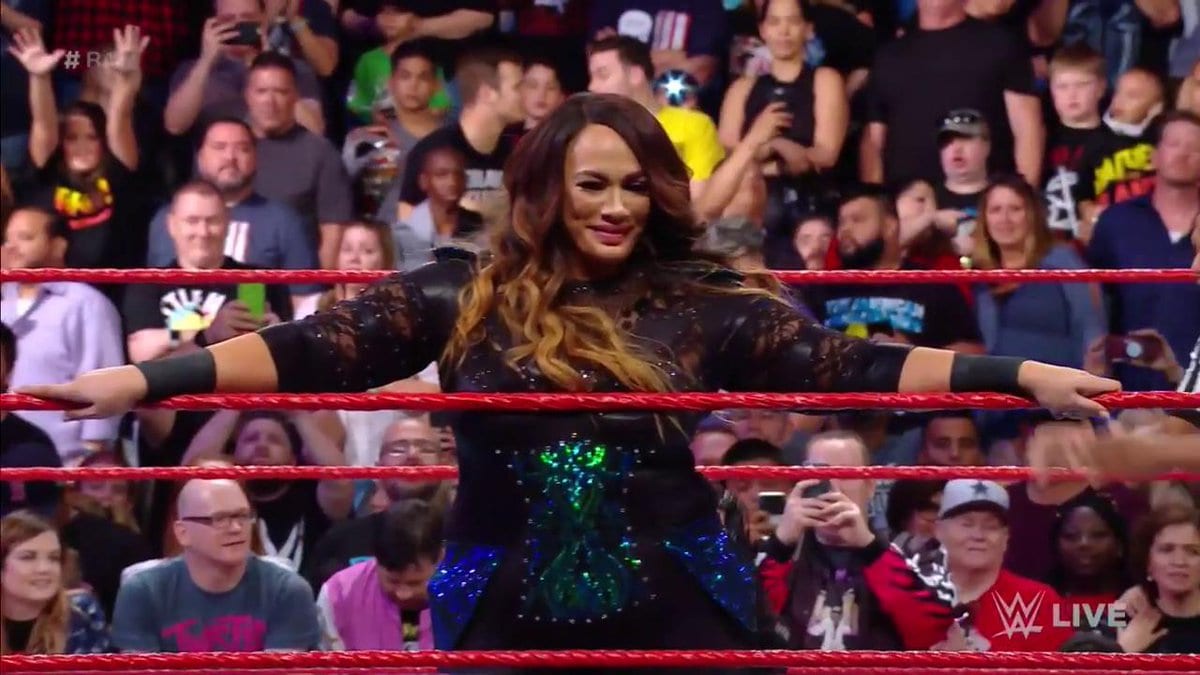 Nia Jax, who has been out of action dealing with a leg injury, made her return to RAW tonight. Jax teamed with Ember Moon to face Mickie James and Alicia Fox in the third hour of the show. Jax ended up picking up the victory for her team.

As noted, Nia Jax was backstage at Sunday’s WWE Hell in a Cell event. It’s very possible that she was backstage getting cleared to return.