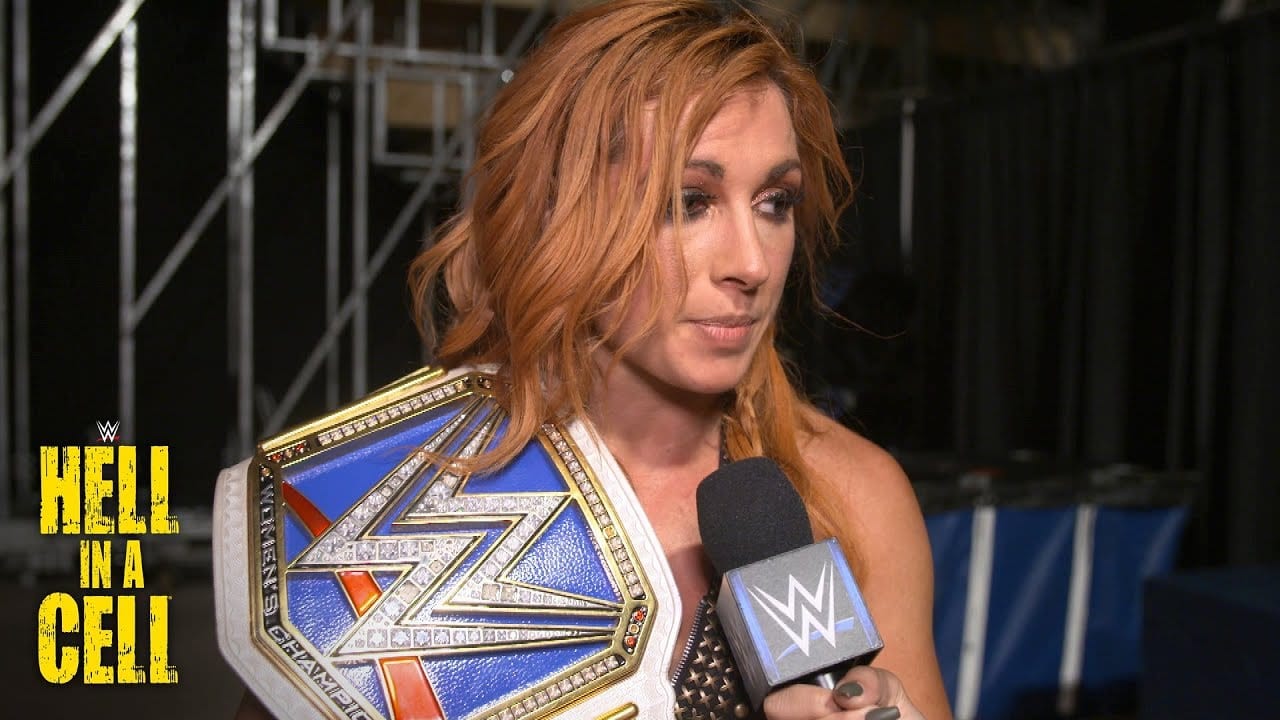 As seen on tonight’s WWE Hell in a Cell event, Becky Lynch defeated Charlotte to capture the SmackDown Women’s Championship.

WWE caught up with Becky after her Championship win and mentioned that she’s satisfied with being champion again and she went out there and did what she said she would do.

“I’m extremely satisfied. I went out there with the goal in mind to prove to Charlotte Flair that I am the better women. Tonight I proved I’m the better women. When Charlotte Flair wasn’t on SmackDown Live, I was the Women’s Champion and when an act like Charlotte Flair isn’t in the way, I’m the SmackDown Women’s Champion. Last week she came out there and said, “Becky, it’s easier to talk the talk than it is to walk the walk. Well tonight I talked the talked and I walked the walked. I said I would and I did.”