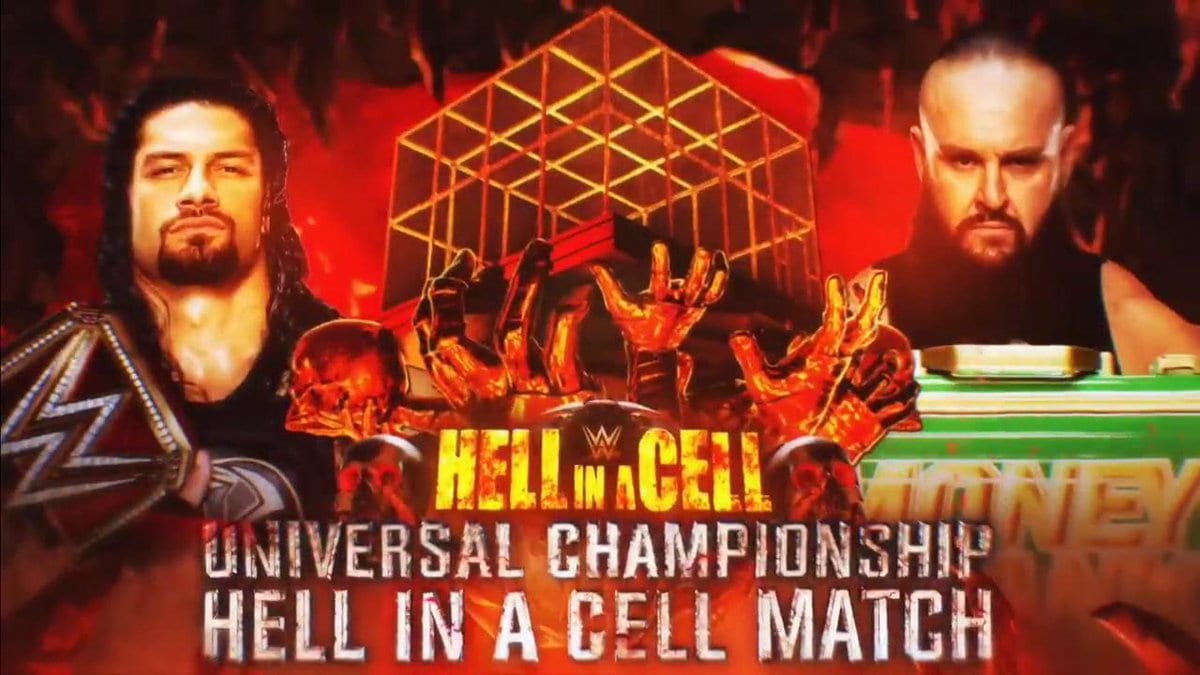 Welcome to Ringside News’ coverage of Hell In A Cell 2018!

Tonight’s main event sees Braun Strowman face Roman Reigns for the Universal Championship. This huge match takes place inside the Hell In A Cell structure, which has been given a fresh lick of paint for tonight’s show, and Mick Foley will be the special guest referee. This marks Reigns’ first PPV title defence and he may never face a bigger one than Strowman. Will both men get to slug it out and see who wins? Or will both man’s posse come out to help?

Also within a Hell In A Cell tonight, is Jeff Hardy Vs. Randy Orton. This feud hasn’t been the most exciting one but these two veterans facing off inside the cell should be a fascinating watch. Hopefully Jeff doesn’t feel the need to kill himself to entertain us but he has said this is one of the few reasons he wanted to come back to WWE in the first place, so we’ll see what he has planned.

Elsewhere on tonight’s show, you’ll find Seth Rollins & Dean Ambrose Vs. Dolph Ziggler & Drew McIntyre, Samoa Joe Vs. AJ Styles for the WWE Championship, Ronda Rousey Vs. Alexa Bliss for the Raw Women’s Championship, whereas the SmackDown Women’s Championship will be contested between Becky Lynch and Charlotte Flair. All that and more on tonight’s Hell In A Cell PPV! Remember to follow us on Instagram, download the Ringside News app, and enjoy the show!