Ross opens today’s show by discussing the new addition to Bobby Lashley’s presentation on RAW. It appears as if Lio Rush will be Lashley’s hype man or Manager moving forward, and Ross hopes that this combination works because he’s a big fan of Lashley. However, he notes that Lashley is perhaps a better heel than a babyface, and babyfaces rarely need Managers.

Ross notes that John Hennigan (Johnny Morrison) will be a contestant on the upcoming season of Survivor. He congratulates Hennigan on that achievement and wishes him the best of luck. He points out that Hennigan is a newlywed and we should all show him some support. 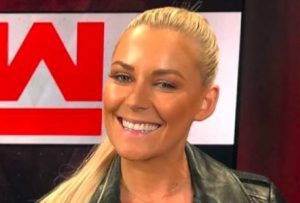 Ross also congratulates Renee Young on becoming the first full time female member of the WWE commentary team. He points out that Young is a tremendous talent and will only continue to improve over time. Jonathan Coachman will be moving to the Kickoff Shows where he will host, and Ross thinks this was a great move for everyone involved.

A listener writes into the show and asks Ross if he thinks Vince McMahon would consider airing WrestleMania as a 4-hour event on FOX. Ross doesn’t think that would ever happen because McMahon and WWE are trying to build the WWE Network, and WrestleMania is a huge part of that.