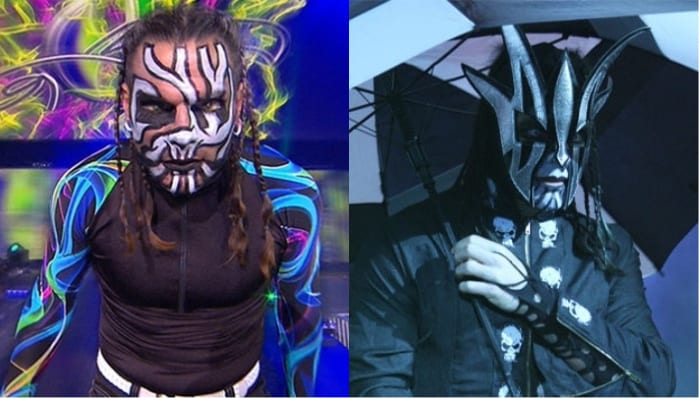 You never know what can happen in WWE, especially where Jeff Hardy is concerned. The Charismatic Enigma will get a shot at Randy Orton at Hell In A Cell where he will finally get a chance to compete in a cell match. After all, Hardy has been wanting to mix it up in the demonic structure for a while now.

Only time will tell if Hardy will emerge victoriously or not, but with his contract running up in March next year, we might not have much time with Jeff Hardy left. Bryan Alvarez noted on Wrestling Observer Live that this will be Jeff’s HIAC match that he’s been asking for, therefore he’s not likely to get another match with the same gimmick.

Hardy recently spoke on a media call where he gave us an idea that he has several things working out in his head about what to do in the demonic structure. After all, you never really know what to expect from him.

“You can expect the unexpected. I think my thoughts are too big for my size sometimes. I got a lot of good ideas as far as what I can do inside that structure.”

“And this Sunday, we are going to find out if what I’m thinking is possible or not. It’s going to be a very memorable Jeff Hardy match.”

Jeff Hardy not only gave fans an idea that he is planning some very interesting things, but he also gave us a small tease that Brother Nero might actually be making an appearance during the match to add to the excitement.

“I kind of feel like me wearing the face paint now, and breaking out the white contacts — it’s like a modified version of Brother Nero. And that might take a completely drastic turn this Sunday at Hell In A Cell.”

“I might really go all out as Brother Nero. And who knows? You might even see Willow. He may pop up here. From the Broken Universe, anything is possible.”

Hell In A Cell is likely going to be a huge event with a lot of risks in the key matches. Hopefully, Jeff Hardy won’t overdo it but then again, it’s hard to tell him no about anything, especially if Brother Nero or Willow are part of the situation.