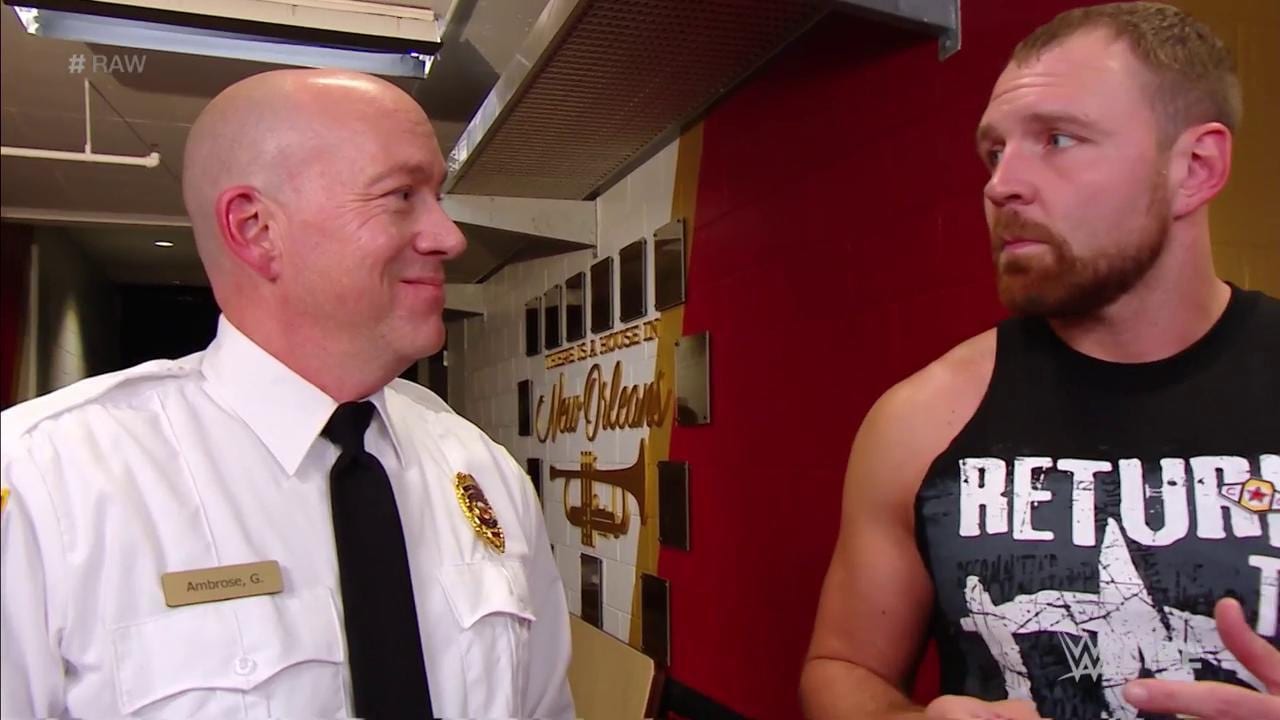 There are plenty of little things going on during Raw that if you blink you’ll miss them. After all, it’s a 3-hour show so they have to be able to put little inside jokes in there somewhere to keep themselves entertained in the writers’ room.

But some people would have missed a pretty funny moment if they weren’t paying very close attention. After all, sometimes it pays off to pause the show and zoom in.

The police officer that Seth Rollins and Dean Ambrose introduced to do them a favor in arresting Corbin might have been a family relation to The Shield. They introduced the New Orleans Sheriff officer who was prepared to arrest Baron Corbin for falsifying a police report, but then The Lone GM had Rollins call off his officer like that’s who it works in the middle of an arrest.

But if you stopped and zoomed in on the police officer’s badge you would have noticed something very interesting about his name tag because they were dealing with Officer Ambrose. 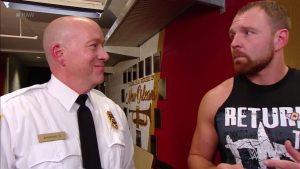