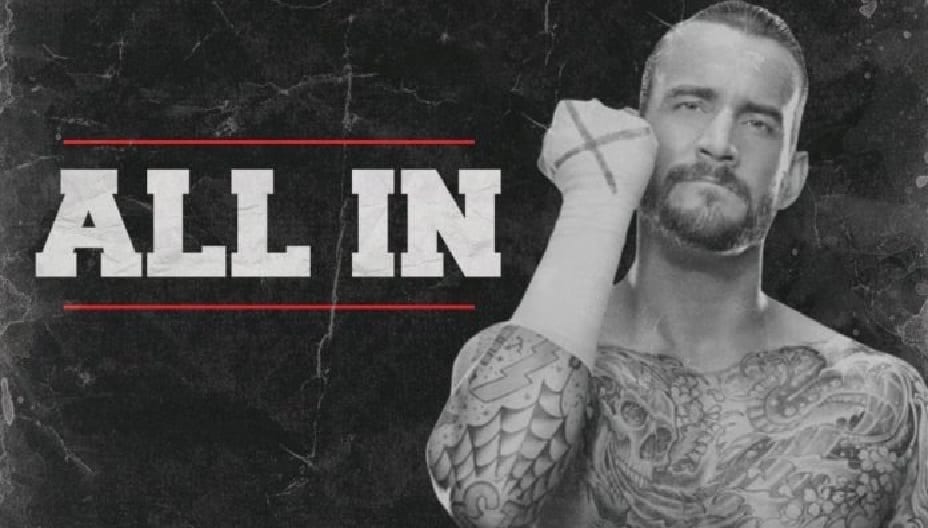 Former WWE Superstar and UFC fighter CM Punk was recently a guest on the Helwani Show where the former WWE Champion claimed he never actually had an official offer to appear at ALL IN.

During the interview, Punk explained that he did have a conversation with Matt Jackson of The Young Bucks in reference to ALL IN, but the conversation felt vague as did the offer. Jackson reportedly never followed up with an official offer for him to appear at the event.

It is worth noting that Punk did have a sold-out autograph signing at the Pro Wrestling Tees store the day prior to ALL IN. This led many to believe the ‘Straight Edge’ Superstar would make an appearance at the independently funded event.

In fact, Punk went a step further during the interview and clarified that he is not interested in a return to professional wrestling in any capacity.

“That’s like an escape hatch. There’s nothing that interests me in wrestling.”

Punk is the host of Netflix’s “Beastmaster” series and is primed to star in the upcoming “Girl on the 3rd Floor” horror movie. It appears acting is the way he intends to go moving forward, as his record with the UFC is now 0-2.

Would you have liked to see Punk at ALL IN? Does a potential Punk return to wrestling still matter to you? Let us know in the comments below.