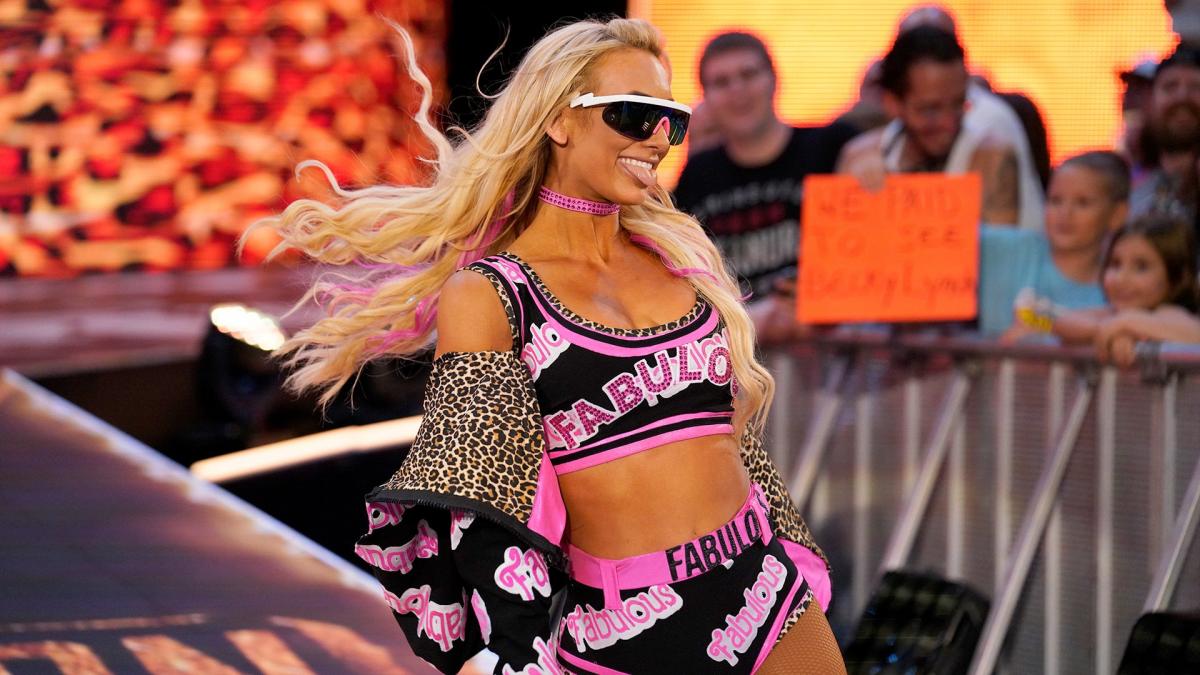 Carmella has a lot of people who love to boo her on television, but she can certainly cut an interview when she shows up at a local morning news show.

Carmella stopped by KLFY News recently to hype SmackDown Live at the Cajun Dome and discuss her career transitioning from a dancer to WWE Superstar and the Women’s Revolution’s big accomplishment in the Evolution pay-per-view.

But when she was asked about the fan mail she receives, Carmella seemed to no-sell that question and instead focus on how much people “love to hate” her.

But she wanted to make it clear that in real life she’s not like her character as she commented about the differences between her on-screen character and herself IRL.

“It’s a character. What we do is for entertainment and it’s about putting smiles on people’s faces and we’re family-friendly entertainment.”

She did say that seeing little girls dress up like her is her favorite part of being a WWE Superstar performing live in front of a crowd of people who are supposed to boo her.

“That’s my favorite part. They wear my hat and my t-shirt and they’re trying to do the little moonwalk like me and it just melts my heart every time I see it. It’s just so amazing to see our fan base.”

If you love Carmella, then you’re not alone because plenty of people have bought her merch to cosplay as the Princess Of Staten Island. Perhaps one day she’ll get another run as a heel champion, but she’s still really enjoying every moment she has as a Superstar in the meantime.