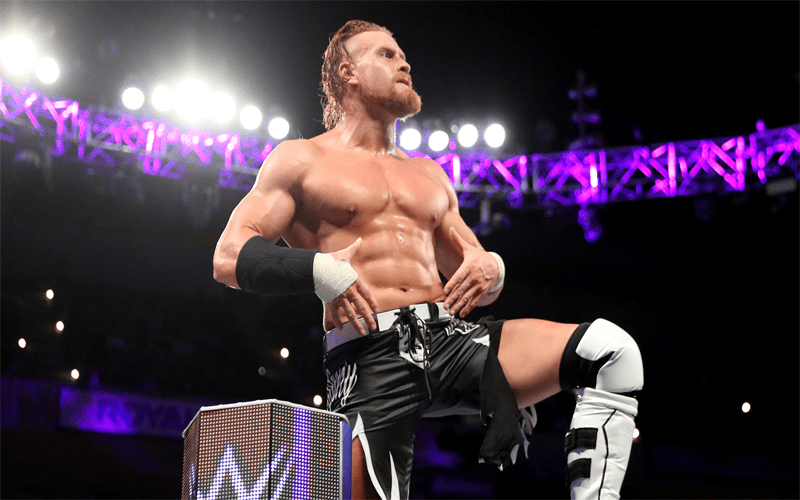 Ahead of his match against Cedric Alexander at WWE Super Show-Down at the Melbourne Cricket Ground in Australia, Buddy Murphy spoke with News Australia where he revealed how he was brought up from NXT onto 205 Live.

Murphy first commented on the downfall he had in NXT following the break-up of Blake & Murphy. He explains how this led to him dropping weight to join the 205 Live roster.

“I was obviously in NXT for a while and had some success, but then I found myself lurking in the shadows and not really doing much. I took it upon myself to create an opportunity. I dropped about 25 pounds, I got an opportunity, I took it and now I’m trying to create a brand.”

Murphy revealed it was he himself who pitched the weight drop and move to 205 Live.

“I always watched 205 Live on the sidelines. It’s more my style, I like the quick and innovative moves. I just thought the brand was going to thrive and I wanted to be a part of it. I pitched the move [to WWE] and I kind of took it upon myself. When I first said it they said no, but I dropped the weight myself and gave them no excuse.”

Finally, the “Juggernaut” revealed how he feels heading into the match, which will take place on his home turf.

“Getting the chance to wrestle in the middle of [Melbourne Cricket Ground], doing what I do, in my home city – that’s WrestleMania for me. It doesn’t get much better than that.”

Do you think Alexander or Murphy leaves Super Show-Down as Champion? Are you excited for the upcoming match? Let us know in the comments down below.