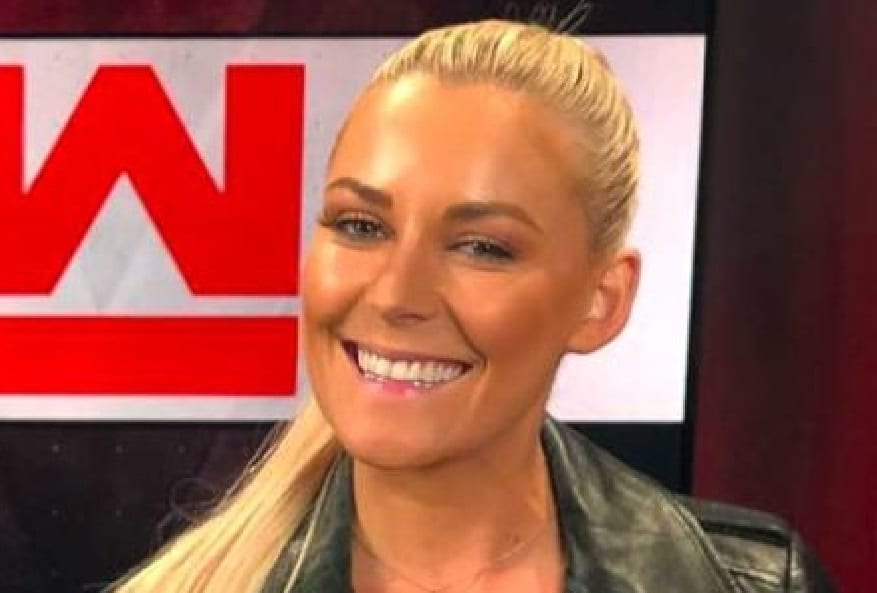 This is a big sign of both the WWE Women’s Revolution and a sign of all of her hard work, but Renee Young is now a permanent part of the Raw announce team.

Young became the first female to commentate during an entire episode of Raw the same night her husband Dean Ambrose returned from injury on the go-home show for SummerSlam and she got another shot last week. Now it looks like she’s sticking around for real and fans of hers have to be excited.

The Raw announce team will now consist of Michael Cole, Corey Graves, and Renee Young on a full-time basis. This leaves Jonathan Coachman without a spot it would seem. But you can click here to find out what he’ll be doing now.

It will start tonight and you can probably expect to see a lot more from Renee Young now because at 32-years-old she has earned a full-time spot on the Monday Night Raw announce team.