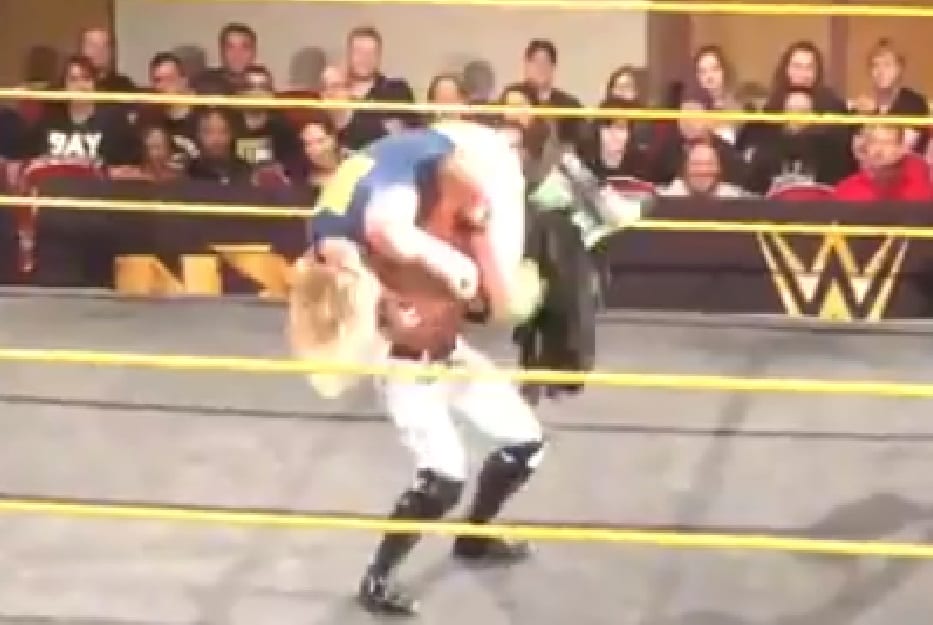 We previously reported how Ricochet gave a ton of credit to Chris Sabin for a lot of the moves he uses. Sabin obviously became aware to this because he commented on Ricochet’s tweet which sparked a little back-and-forth conversation between the two.

Ha ha, my pleasure. Thanks for the shout out

It looks like Ricochet is a man of his word because when the time came to face Tyler Breeze at NXT’s Detroit show, not only did the two put forth a great match, but it also ended just the way Ricochet said it would.

The One And Only nailed a Cradle Shock and won the match. The Detroit fans were obviously happy with this result, but after watching Tyler Breeze and Ricochet go toe-to-toe any crowd should have been excited.

This was a pretty cool little nod to Sabin from Ricochet and gives fans an even bigger reason to pay close attention to the moves wrestlers use in the ring because you never know what kind of inside message they could be sending.