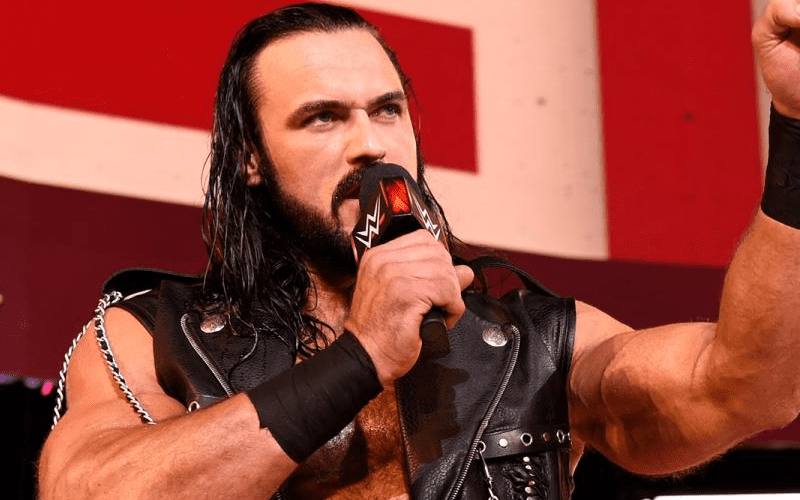 While speaking with AL.com, Drew McIntyre discussed how he wants to be the top guy on the RAW brand similar to how John Cena used to be back in the day.

“The big thing for me is no longer is trying to impress people around me. The first thing I had to do was look in the mirror, and my wife was a big part of that. When I left the company and I was giving what I thought was my all — but I was still hanging out with the guys all the time and perhaps partying a little too much, and I was achieving a lot, like more than I ever thought possible — and I got a little injury one time and I was home for the first time in my life with my wife, and she told me, “Look how much you’ve done and you’re giving 70 percent. Imagine if you gave 100 percent.” That’s when I eliminated all negative things in my life. The partying had to go. I was more focused on my diet, the gym. I just wanted to eliminate all negative areas in my life. I wanted to look in the mirror and be accountable to only one person. The only person is me, and that’s the only thing that drives me. The only person I’m in competition with is myself.”

“The goal is become the top person on Raw, the example on Raw, the John Cena, the ultimate workhorse of Raw. Just like Cena used to do, he didn’t have a second place. He was always in competition with himself. He is somebody I can draw inspiration from because I am solely in competition with myself. It’s great with someone like Dolph Ziggler, who’s so talented and has been very start-and-stop over the years, be at a level of focus I’ve never seen him at because I know the great things he can do, and we’re doing them right now. And now we’ve added Braun Strowman, who’s achieved so much in such a short space of time. Hopefully he can learn from Dolph and I’s experience, and the three of us can really take Raw to levels it’s never been before.”

You can check out the complete interview at this link.