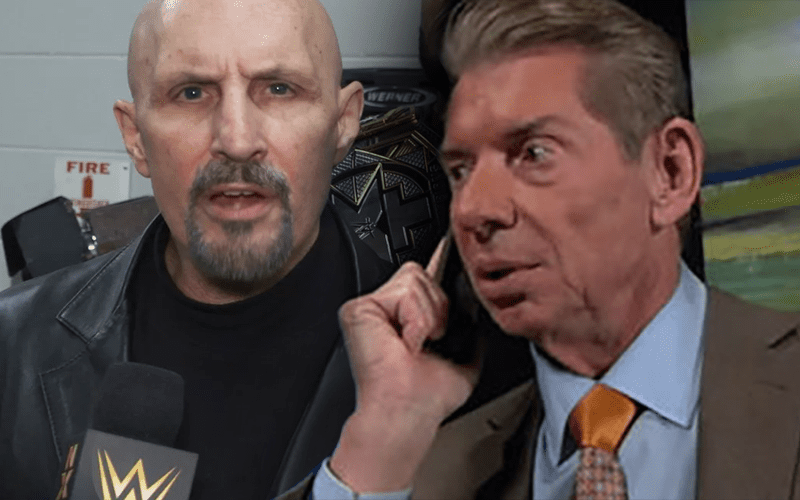 Drake Maverick could do great things in WWE. He is not only well-liked backstage but he has a great ability to cut a promo. On top of that, we haven’t even seen him wrestle yet. Maverick was 205 Live GM but now he’s spending his time with Authors Of Pain as well as their new manager.

Joe Peisich said on a special news edition of the Barnburner Fired Up podcast that not only does Maverick have the younger look that Vince McMahon wants, but there are also some big plans for the trio.

“Vince McMahon a few months ago took out Paul Ellering because he looks ‘too old’ to be on TV. They did want to have somebody with AOP. They did not want to put Paul Heyman with them she they picked Drake Maverick. Expect big, big things from Drake Maverick also.”

Only time will tell how AOP’s new leadership will pay off in the end, but Maverick is having a jolly good time poking fun at their unique look in the meantime. It’s a shame that McMahon had that opinion of Ellering as well. Especially if you consider the fact that Vince is 8 years older than Paul.