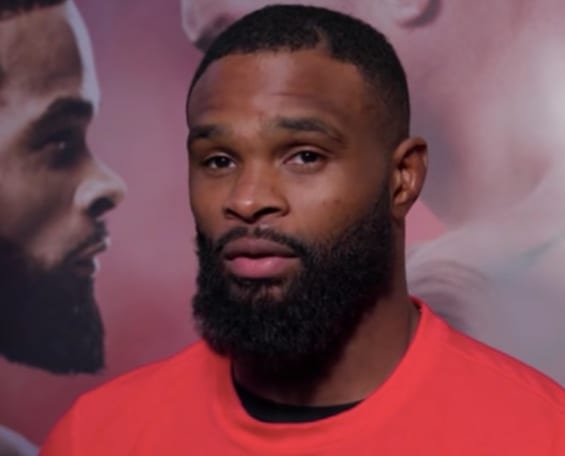 UFC Welterweight Champion Tyron Woodley is done answering questions when it comes to Darren Till’s weight, as he prepares to square off against the Liverpudlian this weekend.

Woodley and Till will fight in the main event of UFC 228 in Dallas, Texas, with Woodley putting his Welterweight Championship on the line. While many fans are excited to see what goes down, others are worried that Till won’t make weight – as he failed to do against Stephen ‘Wonderboy’ Thompson. Woodley had the following to say on the matter, as transcribed by MMAjunkie.

I can’t control this man’s weight. I’m tired of answering questions for his weight. He’s the one that missed weight. He should answer questions about his own weight. People should want to know what I’m doing, how I’m ready, what I’m going to do different, what you guys expect to see from me (Saturday), why do I think I’m better than this young buck. That’s what I want to focus on. Because, at the end of the day, I’m the one that’s the professional. When have you seen the scale tip over 170 on my scale?

The Chosen One was speaking after the UFC 228 open workouts, as he gears up for his first fight in well over a year.

Woodley and Till are viewed as being very evenly matched heading into this fight, although the weight issue could change everything. While we understand why Tyron wants to focus on the issue at hand, it’s certainly hard to ignore how light Darren already looked with twelve pounds still left to cut.