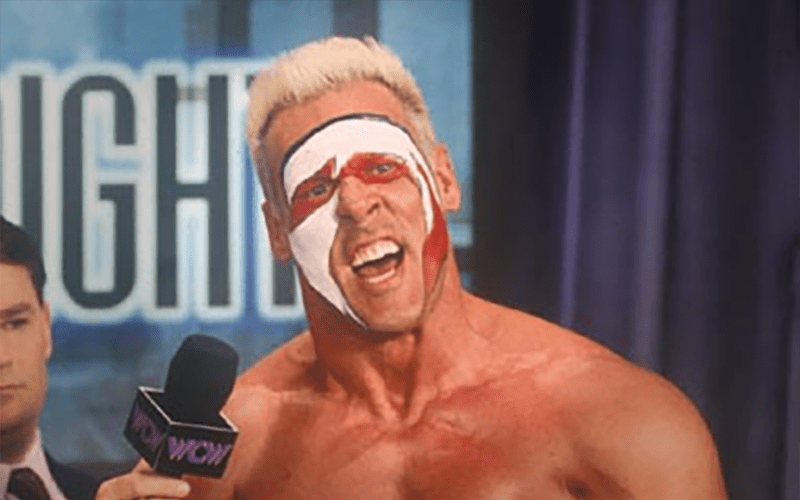 The Stinger spoke with Bill Apter on the Apter Chat regarding his wrestling personality, and how it has continued to evolve over the years. They spend a good portion talking about his famous “Crow” persona that he dawned during the WCW’s war with the NWO, but Sting reminisces about the origin of his face paint and reveals that it was the American Dream Dusty Rhodes who came up with his early colorful face paint look. It all happened due to an injury to Ricky Morton who Sting would replace in a feud with the Nature Boy.

So Dusty says, ‘Stinger baby, I want to put some color on your face, color on your tights and color on your boots. And I want to put you with Ric.’ So we did a little story line with JJ Dillion and the Four Horseman and Ric Flair in Raleigh, North Carolina for a TV taping. It was no real heat angle, we just kind of did our thing and it took off. So Dusty is the real reason why the color started to begin with.