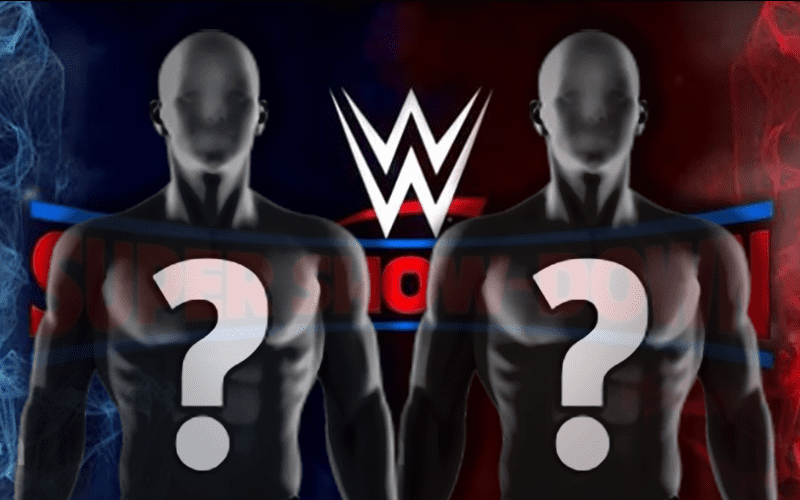 In case you felt WWE wasn’t already overloaded with product, in the span of five weeks we’ll be getting a pay per view and a network special packed with matches that are parallel to one another. Now, WWE has announced two more tag bouts have been added to the October 6th event in Melbourne, Australia as a returning Asuka will be teaming up with Naomi to face the duo of Peyton Royce and Billie Kaye. The IIconics were assaulting the Glow-Queen on last night’s SmackDown until the Empress ran in for the save.

The other tag match announced is a little bit more confusing. The New Day will be defending their tag team titles against The Bar, even though The Bar is involved in a tournament to try and face the New Day at Hell in a Cell. Does this mean Cesaro and Sheamus are not beating Rusev Day next week, or is the WWE likely to run that matchup back to back? (Most likely the second option.)

Below is the updated card for Super Show-Down.

The Undertaker vs. Triple H

AJ Styles vs. Samoa Joe for the WWE Championship

Daniel Bryan vs. The Miz with the winner getting a future WWE title shot

Ronda Rousey and The Bella Twins vs. The Riott Squad

The New Day vs. The Bar for the SmackDown Tag Titles

Asuka and Naomi vs. The IIconics

Cedric Alexander vs. Buddy Murphy for the Cruiserweight Championship