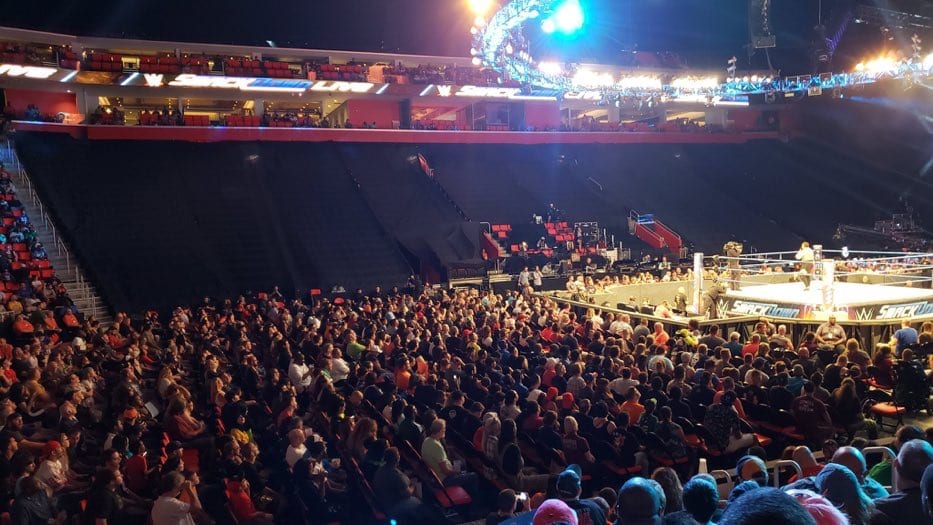 SmackDown was Live from Detroit last night and the attendance left much to be desired. WWE live numbers haven’t been the best recently, but at least they’ve been trying. It didn’t seem like they had much to entice the crowd to show up for SmackDown a day after Columbus got Shawn Michaels and The Undertaker.

So half of the building needed to be tarped off for the show. In fact, the entire hard camera side was blocked off so nobody could sit there and the camera had to shoot around the void in the crowd.

Only time will tell if WWE’s live attendance numbers can improve but it looks like they’ve still got a lot of work to do.