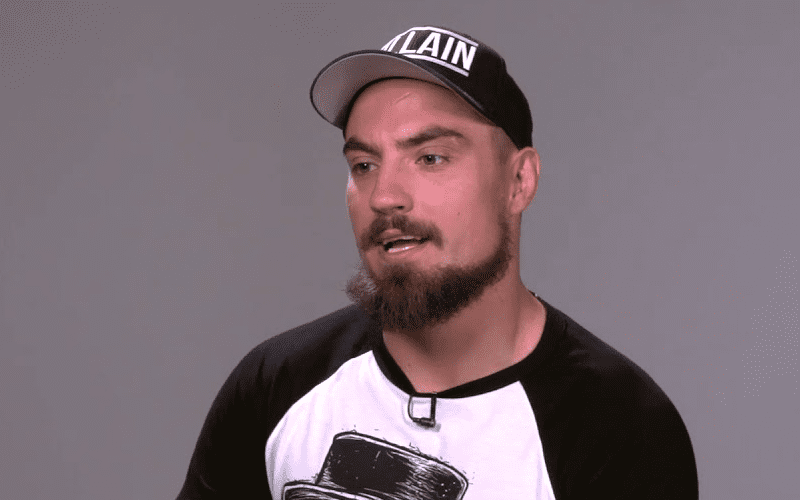 The Villain Marty Scurll put up quite a showing against Kazuchika Okada at ALL IN this past weekend, taking the former IWGP heavyweight champion to his limit despite a massive difference in size. Scurll even nailed the Rainmaker with his very own finishing move and nearly blew the roof off the place with a near-fall. Despite the matches critical acclaim, rumors had it that the bout went nearly 14 minutes longer than it was scheduled and cut deeply into the time of the main event.

Now, according to the Villain himself, that is not true. Scurll was a recent guest on Primetime with Sean Mooney where he reveals that the Young Bucks told him not to cut anything from his matchup, and that it only went one minute longer than anticipated.

My match went a minute over. People were saying like 14 minutes over. No, the show ran 14 minutes over. A bunch of the other matches went over. Our match is crucified because we were the match before last. It looks like ‘oh these guys went over.’ No, no, no…the show went over.

I never really understood this controversy anyway. The main event still delivered an exciting 13 minute exhibition of acrobatics and storytelling while Scurll and Okada told a detailed story that was built up from weeks of Being the Elite episodes. It makes total sense to me that they would want to give Scurll, and especially Okada, a chance to really shine.

Nice to know they weren’t just hogging the spotlight.