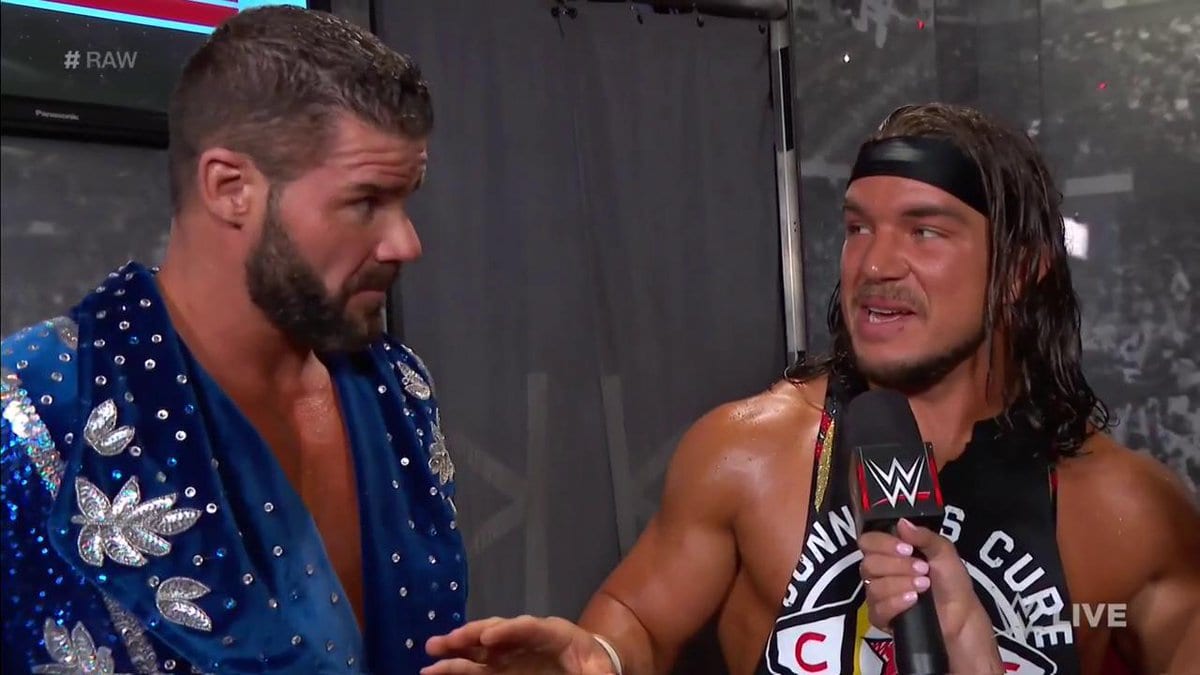 WWE is full of pretty great talent after all they would need to be great on some level in order to get the gig in the first place. Bobby Roode and Chad Gable were two guys that hadn’t been treated very well in the storyline but things could be turning around for them.

Now it looks like there are a couple directions that they could go but at least they’re doing something. Dave Meltzer noted on Wrestling Observer Radio that Gable was one of the guys who should have packed his bags and went to New Japan because of the way he was treated in WWE. But this new partnership with Roode could be something interesting.

“Chad Gable looked great […] Now maybe he shouldn’t quit and go to New Japan. He was the one guy that it was like dude you got to get out of here and now I guess somebody woke up.”

“They’re clearly put together for something this wasn’t just like a… they’re either put together to do a split-up and feud which would be something. Maybe Bobby Roode turns on Chad Gable because Chad is outshining him because they certainly booked it for Chad to outshine him.”

“I mean there was purpose it wasn’t just like they’re forming a team and everything like that or they’re forming a team and you know McIntyre and Dolph Ziggler won the belts and instead of the tag team division being a comedy division like it’s been the last couple of months that could be a serious… that could be a hell of a feud really. Roode and Gable as a hot babyface team against Ziggler and McIntyre.”

There have been hints in the past of Bobby Roode doing a heel turn so a jealousy angle could be likely. Only time will tell what they will do, but the team of Roode and Gable might mix it up well in the tag team division for a while as The Glorious Ones… Chad Gable might get a ring attire refresh in the process.