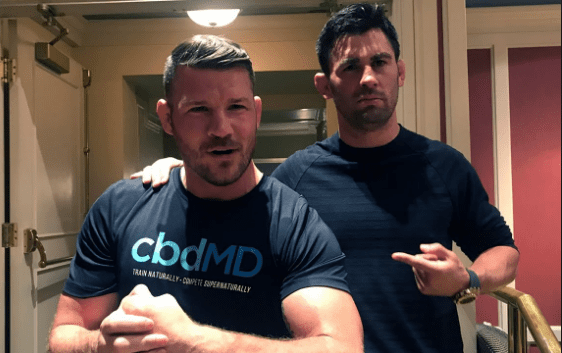 Former UFC Bantamweight Champion Dominick Cruz was on Michael Bisping’s ‘Believe You Me’ podcast yesterday and the two UFC on Fox analysts ended up reminiscing about the time they both almost got into fisticuffs in a bar after a drunk night.

They had both worked a long day at Fox and were at a bar owned by their colleague Jay Glazer, where they almost got into a confrontation after taking one too many verbal ‘lowblows’ at one another.

However, Bisping’s friends and Jay Glazer apparently stepped in to stop the situation from escalating further. Remembering the incident, both Bisping and Cruz had a good laugh at what went down on the day.

The podcast wasn’t without its share of excitement, however, as Bisping’s co-host asked Cruz if he thought he could actually take the former UFC Middleweight Champion in a fight to which Cruz replied ‘Abso-f***ing’lutely’, sending Bisping into raptures.

Cruz also spoke in detail about current Bantamweight Champion TJ Dillashaw and why he feels he deserves the next Title shot.

You can listen to the entire podcast below: