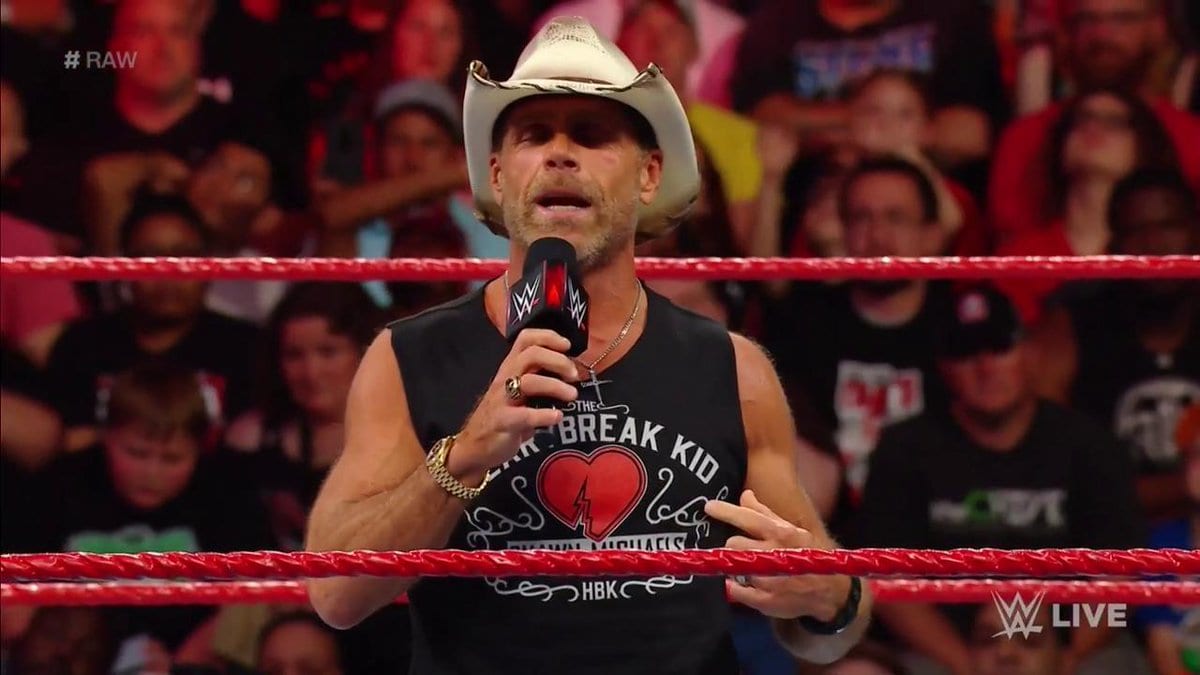 During Raw this week, Shawn Michaels came to the ring and he had a lot to say about the upcoming match between The Undertaker and Triple H at the Super Show-Down coming up.

Fans chanted “one more match” at HBK before he said that his pick for the Super Show-Down is Triple H. Then The Undertaker came down to the ring.

Taker went to the ring and said that the reason Michaels picked his buddy Triple H is that The Undertaker ended HBK’s career.

HBK said he is a man of his word and somebody has to be able to stay away and stay true to his retirement. Michaels said he stayed retired out of respect for the system, the fans, and Undertaker himself.

He said he stayed retired out of respect for Undertaker in spite of turning down millions of dollars for one more match. “Is it respect or is it fear?” Taker asked. Then Taker said he picked to come out of retirement then there is only one person he could go for and it’s Taker and he promised to put him down again.

Then Taker said he will put HBK’s buddy down in Melbourne Australia again before he dropped his microphone and left the building leaving Michaels in the ring to think about everything that just went down.

This was a huge tease for a future match for Shawn Michaels if you could read between the lines and see what was really going on there.