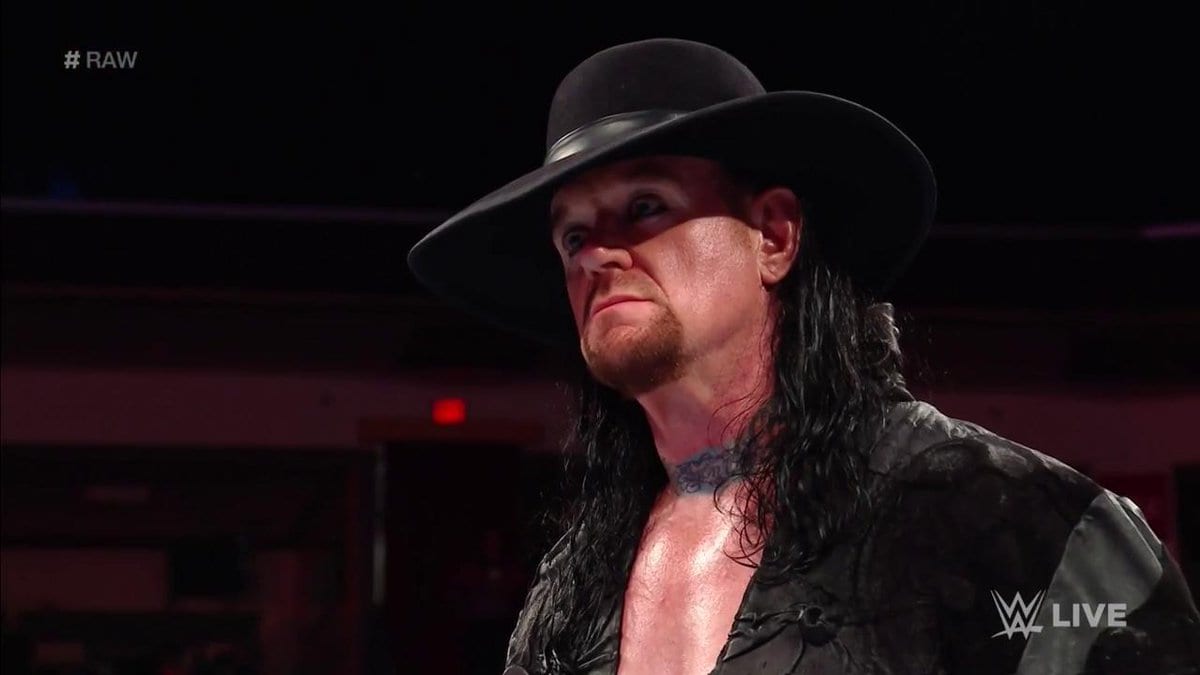 The Super Show-Down is going to rock Melbourne’s Cricket Field and plenty of people are already talking about the big show coming up in October. But one match most people are guessing about is The Undertaker vs Triple H in a match that is being hyped to be their last.

Shawn Michaels came out this week on Raw to hype the upcoming match-up. After all, he’s spent a lot of time in the ring with both Trips and Taker.

But first, HBK asked “who’s your daddy?” and then he asked to be showered with praise. Then he turned his attention to the Super Show-Down. He said the match is so exciting that he’ll be there personally to see the match because it’s going to be something nobody will ever forget.

Michaels said that he and Steve Austin both thing Triple H is going to win the match. HBK said Triple H is still The Game and he has a lot more in the tank than Taker does. After HBK said Trips is going to cerebrally assassinate him, the lights went out and Taker’s gong hit.

The Dead Man came to the ring and he said things are getting personal. He said HBK and Triple H are best friends and in those 20 years Taker took the best that they both had and he put them both down and took part of their souls and their egos can’t accept it. Taker said Shawn picked Triple H because The Deadman took what was most important to HBK: His career.

After a back and forth between the two of them, The Undertaker left after making his point that he will put Triple H down at the Super Show-Down.