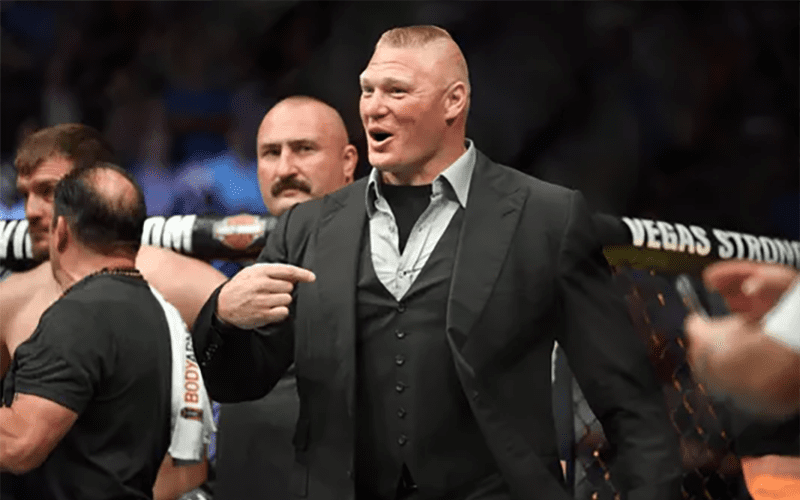 Goldberg and Brock Lesnar had a feud that ran through WrestleMania 33 where Lesnar told Goldberg’s Universal Title. At this point in Lesnar’s career, he dropped the Universal Title and now he’s looking to have another run with UFC complete with a fight with Daniel Cormier right off the bat.

Goldberg said his series with WWE ended at Mania against Lesnar but as he spoke to Inside The Ropes and said he was there at UFC 226 when Lesnar jumped in the Octagon to push Cormier. He also gave his 2 cents on The Beast Incarnate jumping back to MMA.

“Brock is a different human being. Brock is a guy that reinvents himself all the time and who capitalizes on opportunities that others don’t have the cojones to capitalize on.”

It certainly sounds like Brock Lesnar has a fan in Goldberg as he jumps back into the UFC. Only time will tell if Goldberg or Lesnar will wrestle again in WWE, but at this point, they both seem to be doing pretty good for themselves.