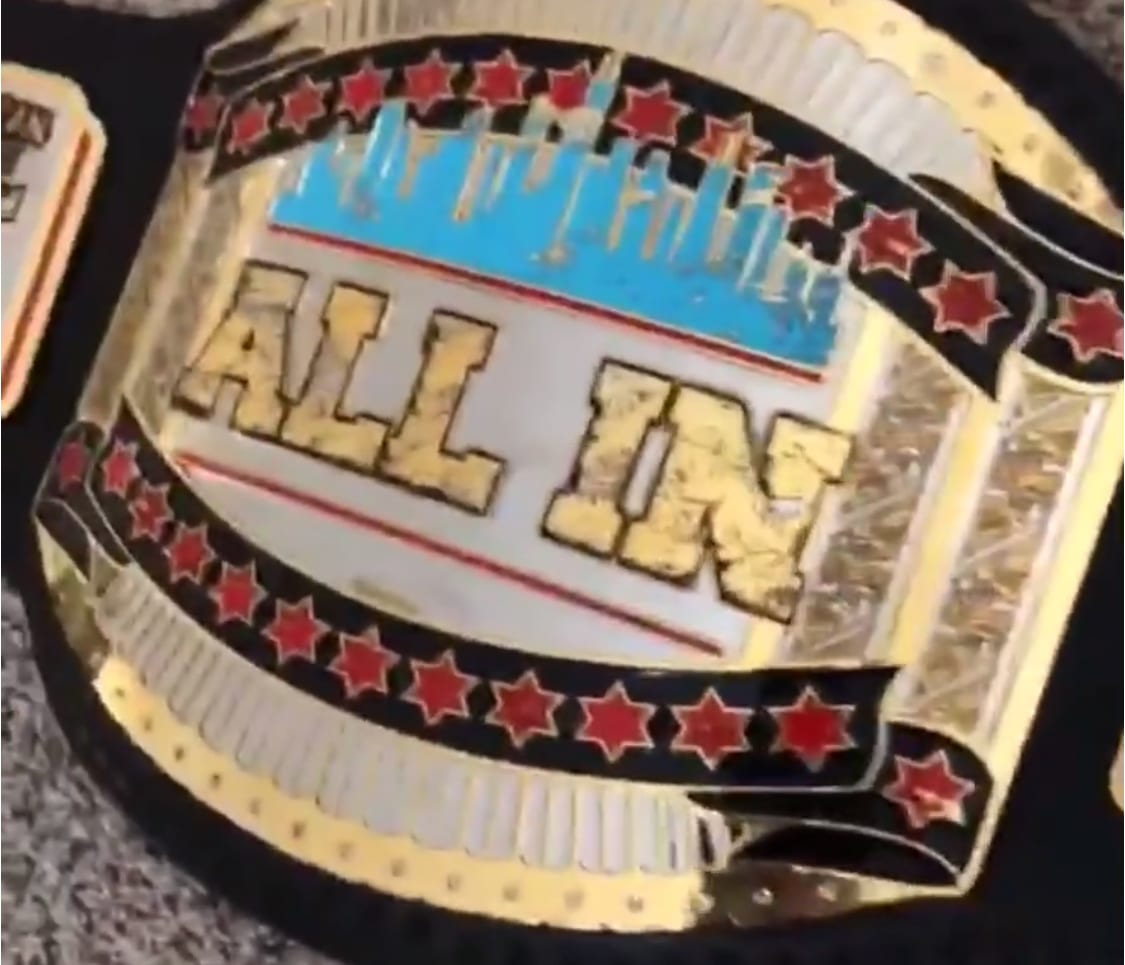 We’re not sure if Matt Jackson and Cody Rhodes got titles too but they certainly deserve them.

Nick was proud to show his title off and as he did, his kid decided to walk on the faceplate. It was a pretty cool little video and the belt is highly detailed and extremely cool even if there’s a kid standing on it.

Only time will tell if they get another title for pulling off All In 2 or even if that’s really something that’s going to happen. But this title belt is still an awesome way to remember the events of September 1st, 2018.