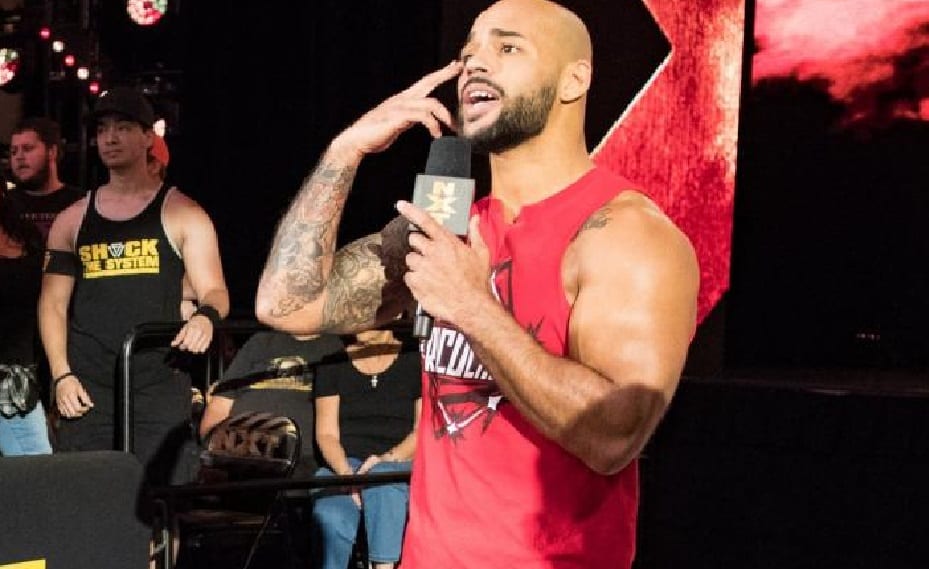 Ricochet was a recent guest on Edge and Christian’s Pod of Awesomeness where the trio discussed the current NXT North American Champion’s career at great length, including a truly heartwarming story about Rey Mysterio.

Ricochet also declared that he knew he still had some improvements to make as a professional wrestler, especially on the microphone. However, it was the high-flyer’s comments on the yellow and black developmental brand that really stood out, as he hopes to help take NXT to the next level as a promotion.

It’s my goal to, like… I don’t know how long I’m going to be here…like, if I’m here two or three years, that’s perfectly okay with me because I really honestly enjoy it here, so my goal is to make it as big as possible.

Ricochet has already made massive leaps forward as a superstar and coming off two fantastic feuds with the Velveteen Dream and former North American champion Adam Cole. To be honest, NXT seems like the best place for the One and Only considering how packed the main roster scene currently his.

Besides…Ricochet still has the NXT title to eventually challenge for.