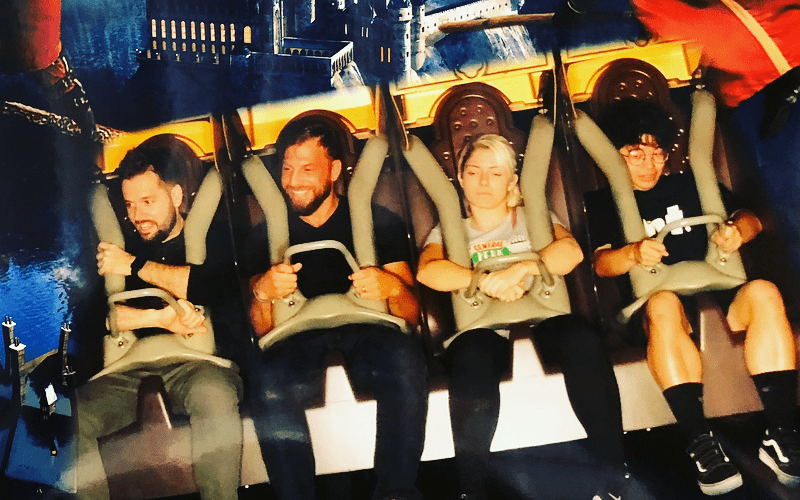 If you know anything about Alexa Bliss it’s that she is an incredibly huge Disney fan… but Harry Potter isn’t Disney. So although she gets her way a lot of the times while WWE is traveling, sometimes she has to go with her crew to things she might not find too exciting like Harry Potter.

As you can see from the photo below, Mike Rome and Drew Gulak look like they’re having a wonderful time but Bliss would tend to disagree. It’s likely she had her mind on other things, but the camera sure caught her in a great moment of introspection if that is the case.

For whatever reason, Mike Rome posted this picture online for all to see and highlighted Bliss’ unenthusiastic face in the process. It’s a good look for her, but if she were in Disney odds are that frown would turn upside down.